EA under fire for cashing in with Battlefield 3 pre-orders

Electronic Arts have had to issue a statement after they have came under fire for making a special edition of Battlefield 3 available to Game or Gamestation shops.

The add ons for the game included a flash suppressor for the SKS sniper rifle, a Type 88 light machine gun and immediate access to the unlockable DAO-12 shotgun with armor piercing flechette ammunition. With these extra weapons Electronic Arts were hoping that people would pre order the game immediate, driving sales. In this case, the public were less than enamored with the concept.

Comments on the EA website from gamers were less than positive saying the move was “just plain wrong”, “Pathetic” and “a cash in to make more money”. A campaign was even started on reddit to ask fans to boycott the game totally until EA would make the extra weapons available to everyone who bought the game.

EA said that concerns over game unbalancing were wrong and they issued a statement which said “The three exclusive items in the Physical Warfare Pack were specifically chosen not to be overpowered or imbalance or break the game in any way.” You always know when a company are taking concerns seriously when they address it with a public statement.

The company added that the extra weaponry was included because “we believe in rewarding our core fanbase with special offers.” They also announced a ‘Back to Karkand’ expansion addon for people who preorder both the standard and special editions of the game.

Kitguru says: Gamers are still concerned about unbalanced game play, and we will find out once it is released and available to the masses. 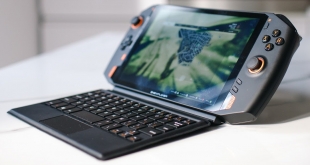