For a long time we've seen companies do everything from express apathy towards those that come up with workarounds for their DRM and other console anti-piracy systems, to full blown taking them to court over it and attempting to track down their fans via IP address. However those same companies could find that it's about to get a lot harder to do anything about it, since an EU court has given legal precedent for hacking apart a console, ruling that there are reasons for it other than pirating games.

This ruling came from the European Union Court of Justice, which weighed in on a case that a smaller court was addressing. The Milan District Court had been presiding over a dispute between Nintendo and mod chip maker, PC Box. Nintendo maintains that PC Box's DRM circumvention devices allow people to play pirated games and that that was the intention of the creators. While that may well be the case, the EU Court of Justice has now ruled that because there are other uses, those may be legitimate. 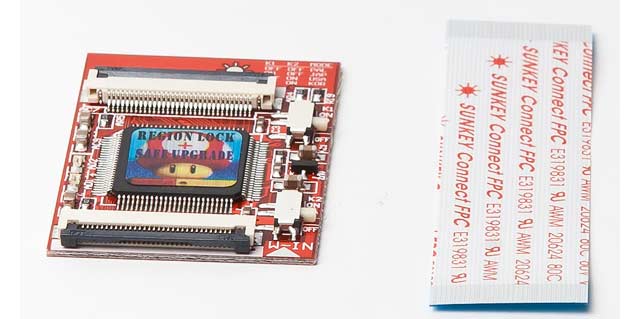 “The Court of Justice next states that the legal protection covers only the technological measures intended to prevent or eliminate unauthorised acts of reproduction, communication, public offer or distribution, for which authorisation from the copyrightholder is required,” the court ruled (via GamesIndustry).

“That legal protection must respect the principle of proportionality without prohibiting devices or activities which have a commercially significant purpose or use other than to circumvent the technical protection for unlawful purposes.”

However, it did go on to suggest that the Milan court look deeply into the issue to discover if it would be possible for those that want to run homebrew software to do so, without making it possible to run pirated games. That seems pretty unlikely, but it's a fair thing to suggest, since one is an activity that could be considered harmful to Nintendo's business – that's a debate that will outlive all of us no-doubt – and the other is simply letting people use the hardware they paid for how they want to.

Kitguru Says: I must admit, I only ever had one modded console, a PS1 back in the day and only then because I bought it off a buddy who'd had it done. It did let me play pirated games – which I got as part of the package – but they were all in black and white. It made some games impossible.

Previous Valve is giving away its games to Linux Debian Developers
Next Win Thief 2014 on PC this weekend!