Valve is giving away its games to Linux Debian Developers

Valve is really pushing Linux, Gabe Newell see’s it as the future of gaming and is trying to bring us closer to that with Steam OS and as a result, Valve is really keen to get some Linux developers on board. How is Valve going to reel in those Linux developers? Well by offering them free games of course, Debian developers will be eligible for a subscription that gives them free access to all of Valve’s current releases as well as anything it brings out in the future.

Collabora, a well known open-source consulting company, has been working with Valve on the Debian-based SteamOS, part of Collabora’s job was to help Valve interact with current Developers. Now if you’re a Linux Debian developer you can contact Collabora with a signed email that’s part of the Debian key-ring to gain access to all of Valve’s games for free on Steam. 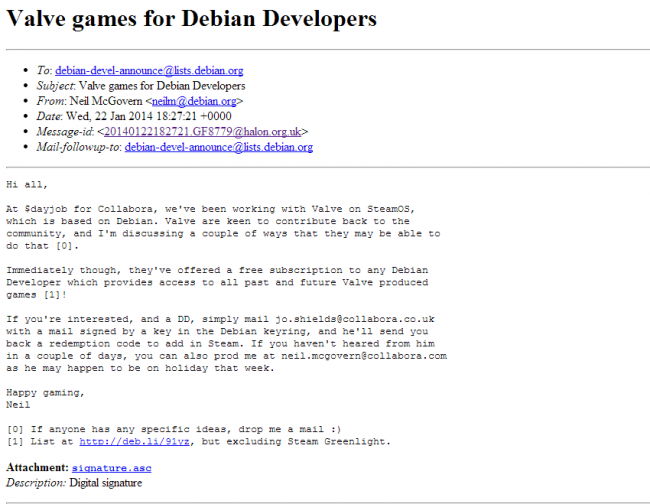 Those of us who aren’t developers still have to buy our games unfortunately but this move will certainly help Valve in its move towards Linux although, it still need to reveal some big developers that its working with, nobody is going to want to switch from Windows if we can’t still play our favourite games and franchises.

KitGuru Says: Valve does need to get some developers on board, not everyone is going to want to use the Steam Machine’s streaming features, native support is going to play a big role in Steam OS adoption.