Home / Software & Gaming / Console / How about a Game of Thrones edition Xbox One?

How about a Game of Thrones edition Xbox One?

With the season finale of Game of Thrones now complete and the world struggling to come to terms with what happened (and that we need to wait another nine months to find out what happens next), Microsoft is hoping to ease that pain with some special hardware: a Game of Thrones edition Xbox One.

The console itself is one of just six systems, featuring a huge Game of Thrones logo, textured and detailed side panels and even a special skin for the Xbox One controller – it all has a bit of Jumanji look to it. 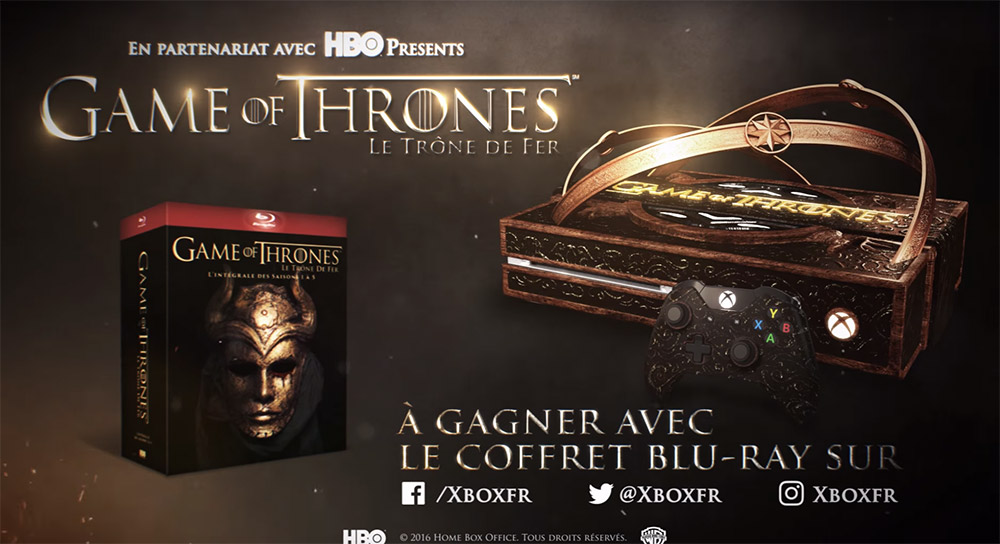 This is all part of the promotion for the French version of the show's blu-ray collection, bringing together seasons 1-5. While that might seem a little redundant considering season six has just aired, if buying some blu-rays could guarantee a console that looks like this, we'd probably pay it.

Unfortunately though it's not that easy. These consoles will never go on sale and are instead competition prizes to help prop up the French Xbox social channels (thanks EG).

Although I don't see it explicitly stated, this is likely to be a France only competition, but if you are part of that nation, you can like the Facebook page, follow on Twitter or the same on Instagram, each giving you the chance of winning one of a handful of the special edition console.

KitGuru Says: I wonder if those bands can be removed? Stacking that console or fitting it into your entertainment unit would be nigh on impossible with them jutting out.