Japan to get creepy, Nier Automota PS4 to celebrate launch

To celebrate the upcoming launch of action adventure game, Nier: Automota, Sony is launching a special edition of its PlayStation 4 console with a creepy looking cover. The large, smiling, moon face covers one whole side panel of the console and comes with a downloadable wallpaper to make the carpet match the drapes.

Nier: Automota is a game about fighting for the remnants of humanity against giant robots who have taken over Earth, forcing the human race to flee to the moon to launch their retaking of their home world. Combat droids like “2B” who players take control of, are the ones responsible for clearing out the robotic invaders. 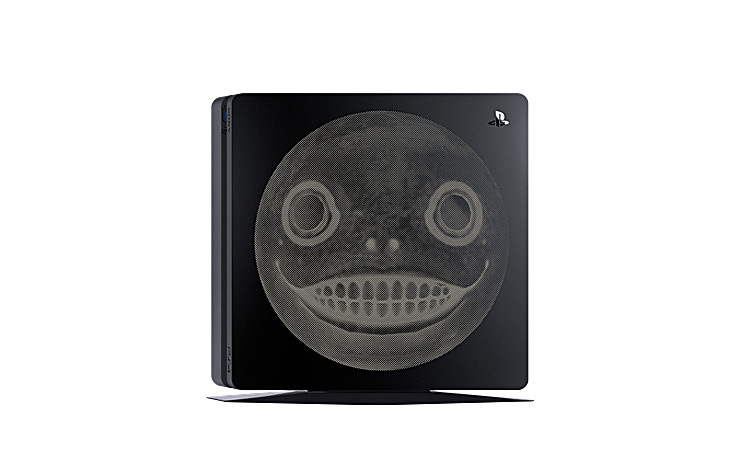 Oddly enough Sony isn’t partnering up directly with developer Platinum Games or publisher Square Enix on this release, as the game does not come bundled with the console – which seems like an oversight. Perhaps though it is expected that the kind of fans who would purchase such a console, would have already pre-purchased the game and would be unlikely to want a secondary copy.

KitGuru Says: Having never owned one myself, I always wondered what it is that drives people to go for special edition consoles. Have you ever owned one? And was it a Pikachu edition N64?