The newly released (and most recently pulled) patch from Sony for its PS3 has been bricking the consoles of many that download it. The patch in question shouldn't be available any more so don't fret, but just in-case, don't download anything that looks like a 4.45 firmware update, just yet.

The patch was supposed to add support for turning off achievement/trophy notifications, thereby removing that immersion breaking “feature” from the game's display. However, upon rebooting after a successful update, many users found that their PS3 would no longer connect to the main menu of the console. Other users are reporting that they can't even turn it off after the update, their only option is to pull the power cable.

Unfortunately this doesn't fix the problem.

The ongoing issue has led many people to complain on the official PlayStation forums and unsurprisingly, through twitter.

One gamer said:  “Thankfully the PS3 didn't download the screwed update. I've also decided that Automatic Updates will now be turned off, just in case.” He might be on to something.

Sony has released a statement to address users who have been affected by the problem (via Eurogamer):
“We are aware of reports that the recent PlayStation 3 system software update (version 4.45) has caused the XMB to not display on a small number of PS3 systems. We have temporarily taken 4.45 offline and are investigating the cause of the problem. We will announce when the system update is available for download as soon as possible. We apologise for the inconvenience.”

Those that have already bricked their machines, may need to make sure they have a pen drive handy when the new update is released, as they'll need to boot into safe mode with it connected and update the firmware from there – as long as the console allows them to get that far.

KitGuru Says: Any of you unwittingly download the update? Guess it's a good case for not having on auto-update. 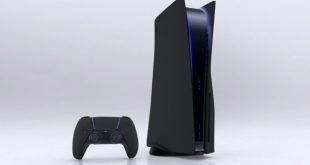