Since the initial launch period, we haven’t really heard of any problems on either the Xbox One or Playstation 4 but now a pretty worrying PS4 error has surfaced and it seems to be spreading and affecting a lot of users. Many users are suffering from Error CE-34878-0, if you see this error code it essentially means that your save file has corrupted and in some cases, you can no longer play the game.

At the moment there is a 36 page long thread on the Playstation forum with users talking about the problem occurring on all different titles, it’s happening on Battlefield 4, Assassin’s Creed IV, Fifa 14, NBA2k14, Killzone: Shadow Fall, Call of Duty Ghosts and more so it’s not a game specific problem, sometimes playing a blu ray won’t work either. If you received this error, your initial reaction would be to delete your game files and re-install but unfortunately that hasn’t worked for most people and the problem persists no matter what. 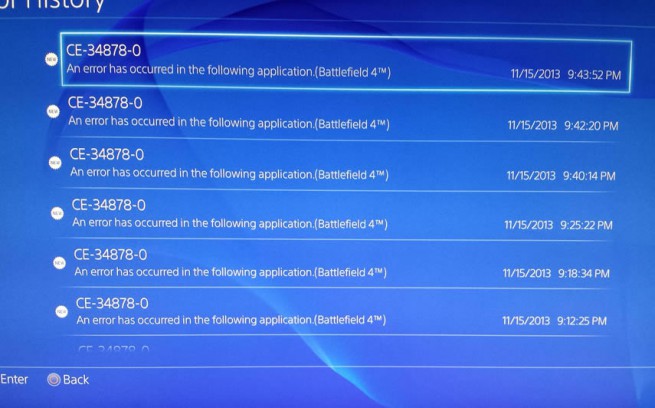 Some have managed to get back in to their game by going offline and even signing in to a guest account on the console but neither of those are particularly good fixes especially since PS+ is required for the online features in games now. So far, Sony customer support has failed to help anyone and have very little knowledge of the problem existing. Until now Sony has successfully ignored the problem but with news of the problem spreading, the company has finally launched an investigation:

“We are aware of the cases and we appreciate your patience while we investigate,” a Sony spokesperson told Eurogamer.

KitGuru Says: The worrying thing is that the thread dates back to December, Sony really needs to stop ignoring this problem and fix it once and for all.