Microsoft is making some changes to the Xbox Reputation system

In Microsoft’s never ending quest to improve its Xbox One console, the company has revealed that it will soon be making changes to its ‘reputation’ system, which has been around since the early Xbox 360 days. These changes will be coming soon, ahead of the new dashboard.

The newly designed dashboard will be making plenty of changes to the console and its interface. At the moment, the reputation has three main categories: ‘good’, ‘needs work’ and ‘avoid me’. Your reputation is affected by player reports following online matches. 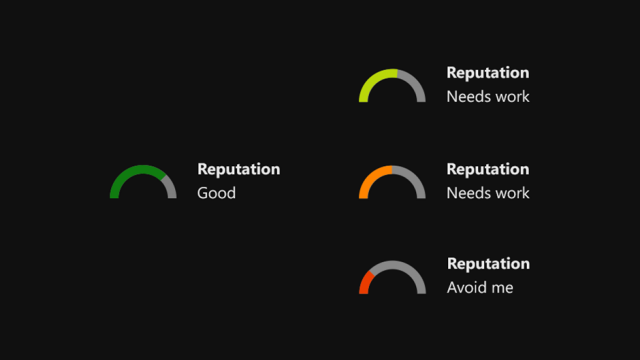 Microsoft’s algorithm for player reputation should adjust for false reports from players who are attempting to play the system to bring down skilled players. However, it appears there may have been some problems with that, hence why Microsoft is working on adjusting the system.

The changes were announced by Microsoft’s Mike Ybarra on Twitter, who didn’t promise any specifics but did note that more news would be coming soon.

KitGuru Says: I’ve not really had any issues with the Xbox reputation system but it will be interesting to see what Microsoft does to change it up. Do any of you own an Xbox One at the moment? I’ve been playing a ton of Gears of War Ultimate Edition myself this past week.