Over the weekend, a mysterious PlayStation 4 Slim appeared in a couple of sale listings on Gumtree here in the UK. This caught quite a bit of attention as while we have heard a lot about the PS4 Neo, there had been no rumours surrounding an additional PS4 Slim. It turns out, someone bought the PS4 Slim on sale and thanks to some legwork by Eurogamer, the console has been confirmed as real in a video update.

Eurogamer visited the person who bought the PS4 Slim on Gumtree and booted it up to check its legitimacy. Video evidence was then posted to their YouTube channel: 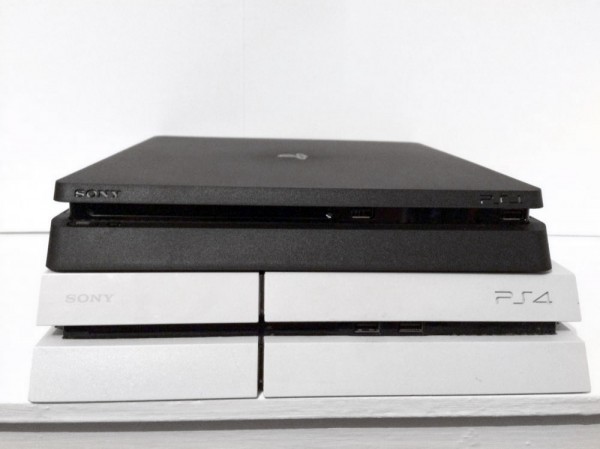 It is likely that the PS4 Slim was due to be unveiled on the 7th of September at Sony’s PlayStation Neo event. For now, Sony is still keeping quiet about the PS4 Slim but perhaps it will get an early reveal this week now that the cat is out of the bag.

As far as hardware goes, we are still unsure about the changes that come with the PS4 Slim and how it compares to the changes made with the Xbox One S on Microsoft’s side.

KitGuru Says: This particular leak was quite unexpected but it all seems to be confirmed now. I do wonder what Sony will do in this situation, as it could impact its event plans for next month.

Previous These guys won free games in our Steam Group contest
Next Here is when Deus Ex: Mankind Divided unlocks and DLC details