The Xbox One is going to get Xbox 360 backwards compatibility

When the new generation consoles launched back in 2013, both Microsoft and Sony seemingly forgot about backwards compatibility entirely. While we know that Sony is looking to tackle PS3 games with its streaming service, PlayStation Now, Microsoft has taken an arguably better approach, bringing native support for Xbox 360 titles to the Xbox One.

Microsoft just announced the new feature on stage at E3. Initially, 100 titles from the Xbox 360 will be supported on Xbox One with more to come over the next few months. The feature requires no extra work from game developers, other than their approval. 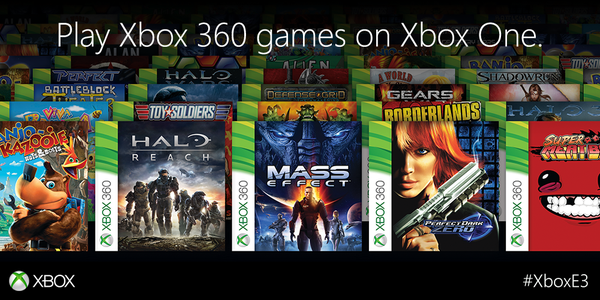 Those of you who are Xbox Preview members will get access to the feature today while everyone else will have to wait until the holiday season. Retail discs will work as well as Xbox Live digital titles. Multiplayer will work so you can still play your 360 games with other 360 players and you will be able to stream your Xbox 360 titles to a Windows 10 PC.

On top of all of that, Xbox One features will be present, including screenshots, game DVR, app Snap and presumably Twitch streaming, although that has not been confirmed specifically.

KitGuru Says: While it would have been better for the Xbox One if this feature was present from the start, this is a great announcement for 360 players who have held off until now.