Home / Software & Gaming / Console / The Xbox One S has an overclocked GPU, improves some games

The Xbox One S has an overclocked GPU, improves some games

Microsoft announced two new Xbox consoles at E3 this year, one of them being the Xbox One S, a smaller, slimmer version of the standard Xbox One with support for 4K TV and HDR content. However, there was an additional feature Microsoft isn’t advertising with the One S, it comes with a redesigned chip and overclocked GPU, which can bring quite the performance boost.

The Xbox One S chip switches to the 16nm process, making it smaller and more power efficient than the chip found inside of the original Xbox One. However, this has also led to a higher GPU clock speed, bumping things up from 853MHz to 914MHz on top of that, the system’s ESRAM has also had its bandwidth increased. Now an analysis from Digital Foundry is showing just how much of a difference this can make and under the right conditions, the performance improvement can be quite significant. 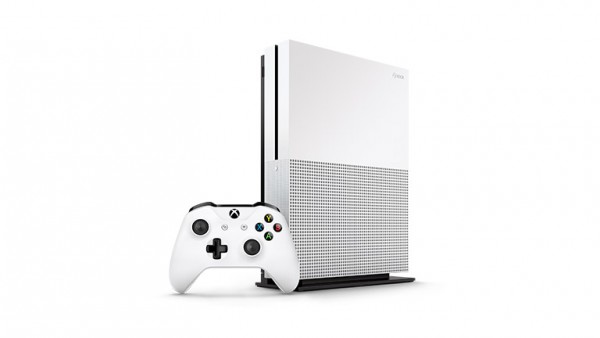 Back at E3 Microsoft tried to avoid the conception that the Xbox One S was a more powerful console, telling Digital Foundry that the console would be identical in performance. However, according to the analysis, in titles with unlocked frame rate, like Project Cars, the Xbox One S will get quite a bit closer to the 60 frames per second target. This extra bit of power can also be helpful in some 30 frames per second titles, like Rise of the Tomb Raider, which will feature less stutter and frame tearing on the Xbox One S compared to the original hardware.

This isn’t the case for every game though as the Xbox One S CPU is still clocked at 1.75GHz, meaning certain titles won’t see much additional benefit. Fallout 4 for instance still struggles in all of the same places it did on the original Xbox One with no improvement. This seems to be why Microsoft isn’t advertising the Xbox One S as a more powerful device, as the benefits won’t come in to play for every game released.

KitGuru Says: Personally, I would like to see how the Xbox One S handles dynamic resolution titles. Games like The Witcher 3 and Halo 5 often fall below the 1080p target due to demanding gameplay scenarios, so it would be interesting to see if the new hardware can hit the target more often than its predecessor.