Xbox One gets another price cut in the UK

Over the course of 2015, Microsoft's latest console, the Xbox One, has really picked up some steam as far as sales are concerned. In an effort to keep things moving forward, Microsoft has decided to give the Xbox One another price cut here in the UK.

The new official price of the Xbox One in the UK is £299.99, if you shop around, you will have been able to find Xbox One consoles at this price point in the past, but this is now an official price drop, rather than just a one-off or seasonal promotion. 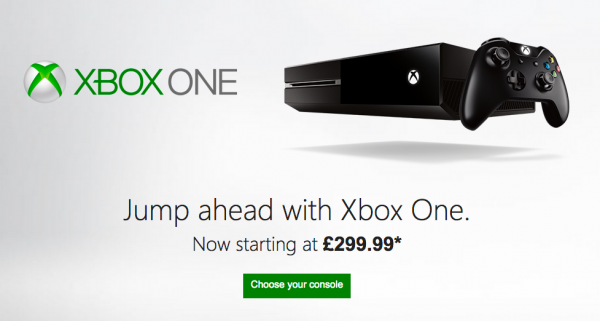 Now Microsoft has decided to give itself £50 lead on the PlayStation 4 in terms of price. A Microsoft spokesperson confirmed to Eurogamer that this is indeed a UK retail only promotion, so don't expect a price cut in other countries just yet. While Microsoft has a slow few months ahead as far as exclusives go, its holiday season release schedule is currently jam-packed with the likes of Halo 5 and the next Tomb Raider game.

KitGuru Says: If you shop around you can already find some pretty decent bundle deals on the Xbox One. I personally grabbed one over Christmas to play with a few friends of mine. Now that the Xbox One is cheaper than the PS4, does it tempt you a bit more? Are you sticking with the PS4 as your console of choice?