The Xbox One has been lagging behind the Playstation 4 in terms of sales and performance in some multi-platform titles but exclusives are a powerful thing and Microsoft certainly intends to take advantage of Titanfall’s impending release. From the 28th of February the Xbox One will be receiving a UK only price cut, bringing the price down to £399, which by itself isn’t mind blowing but when you throw in a free copy of Titanfall, suddenly the console becomes much more enticing.

Titanfall won’t be included with all Xbox One’s but it will be a part of a new bundle, which is currently available for pre-order. The bundle will include the standard console along with the Kinect sensor, one wireless controller, a month of Xbox Live Gold and a digital copy of Respawn Entertainment’s upcoming Mech shooter all for the new price of £399. 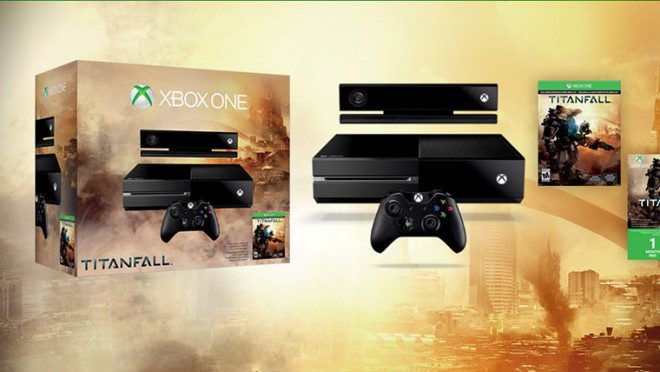 Xbox UK Managing Director, Harvey Eagle, pointed out to Eurogamer that this bundle and price cut isn’t in response to sales but rather, a way to capitalise on the launch of Titanfall, which might well become the console’s first system seller:

“The reason for doing this is about giving gamers in the UK the best value we can with Xbox One. That starts with the announcement we’re making about this new price point of £399 moving forward, and continues with the inclusion of the hottest game of the year in Titanfall.”

Eagle then goes on to say that this was in-fact Microsoft’s most successful console launch in the UK so far: ”

In terms of our sales, this has been our most successful UK launch ever. I think we can say at this point already that both platforms are commercially successful, and I think that’s great news for the industry.”

KitGuru Says: This is a great and slightly unexpected move from Microsoft, now the console sits at just £50 more than the PS4 but it comes with a game that is arguably better than many of the PS4’s exclusives so far. That said, Infamous Second Son is right around the corner along with a slew of other titles later this year, so it will be interesting to see what impact this new bundle has on sales. What do you guys think? Would this bundle convince you to get an Xbox One rather than a PS4?