Xbox VR titles will be exclusive to Project Scorpio

Project Scorpio is on the way and while Microsoft has made promises of ‘no gamer being left behind’, plenty of people still have concerns over exclusive games depending on which Xbox you own. Today, Xbox’s Aaron Greenberg settled the issue, stating that all non-VR titles will play on Scorpio as well as the original Xbox One. Scorpio is being built in-part to take advantage of VR, so those games will be exclusive simply due to hardware limitations.

When Microsoft announced Project Scorpio, it explained that the new console would take advantage of not only 4K resolution, but also Virtual Reality. The initial Xbox One was not built with VR in mind and therefore, it won’t be able to run many of those games. 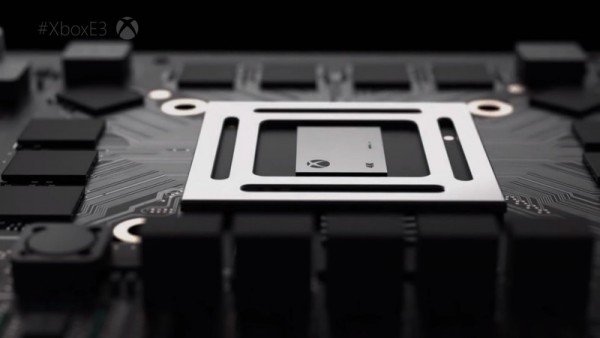 Speaking with Engadget, Aaron Greenberg said: “We said we’re not going to have console-exclusive games for Project Scorpio. It’s one ecosystem — whether you have an Xbox One S or Project Scorpio, we don’t want anyone to be left behind. Now, with the power and capabilities we have, we’ll be able to do high-fidelity VR. Now, that space, we don’t think of that as console gaming, we think of that as high-fidelity VR, and so with the VR experiences those will be new things that you will get on Project Scorpio.”

The most interesting part about this is that it shows Microsoft looking at VR as its own platform. Rather than it being an accessory to the Xbox console. This is similar to Oculus’s approach to VR, in which the Rift is not treated as a PC peripheral, but rather its own platform, separate from the system it runs with/on.

All of that said, we still don’t know much about Microsoft’s plans for virtual reality, outside of the fact that it will be available on Project Scorpio. There is rumour that perhaps the Oculus Rift will be compatible with Scorpio but perhaps we will end up seeing an ‘Xbox VR’ headset. Either way, we will learn more next year, as we get closer to Scorpio’s launch.

KitGuru Says: The original Xbox One was spec’d and built long before VR became what it is today, so it makes sense that the hardware simply won’t be able to drive VR titles well enough. With Project Scorpio, Microsoft is targeting 4K and VR specifically and adjusting accordingly, so keeping VR titles exclusive to the new hardware seems to make the most sense.

Previous Nvidia launches the 3GB GTX 1060
Next New anti-cheat in Rainbow Six: Siege seems to be doing its job