Doomfist revealed, throws the first punch at Overwatch in the PTR

After months of hints and teases, Blizzard has officially announced Overwatch’s 25th hero, Doomfist. The legendary villain is fresh out of prison and playable on the public test realm available for PC.

While some were expecting more tank aspects, Doomfist lives up to his name as an Offense character with high DPS and a base of health of 250. His main attack is a Hand Cannon with 4 shots that recharge over time without reload, but this deals little damage in comparison to his melee focused abilities that all surround the gauntlet on his right hand. 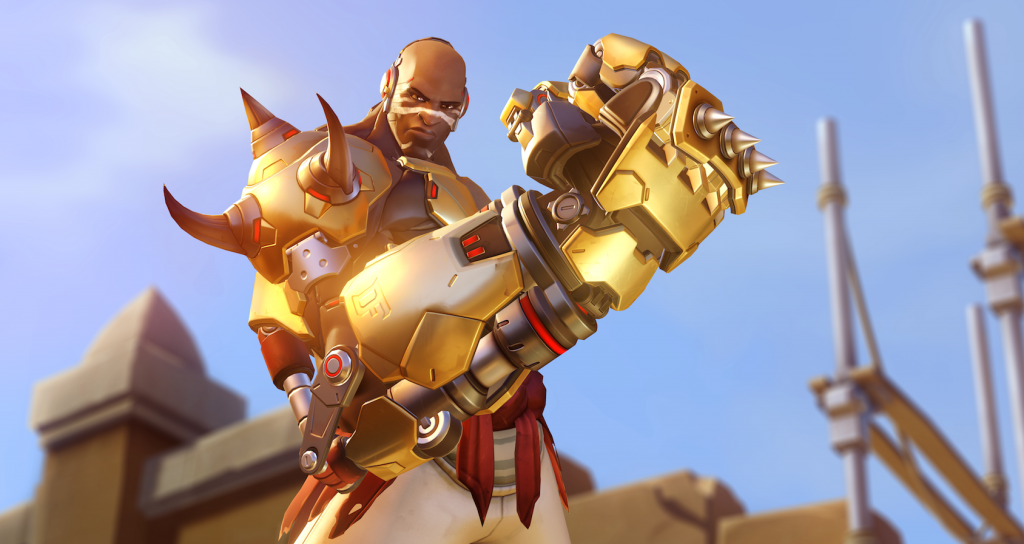 His Rocket Punch is activated by holding the right click to charge a lunging attack that can cripple the enemy, reminiscent of Captain Falcon’s famous falcon punch in Super Smash Bros. This attack is particularly powerful as it has the ability to go through barriers, including Reinhardt’s shield and deals even more damage if the enemy is knocked into something from the sheer force. His ability bound to left shift is called Rising Uppercut, resembling Ryu’s signature punch from Street Fighter. It launches Doomfist up into the air, dealing damage on connect but also providing manoeuvrability. Another skill with the same advantages is his Seismic Slam, in which Doomfist leaps up into the air and smashes to the ground, dealing damage upon landing.

His Ult is called Meteor Strike. Doomfist is launched into the air with a giant reticle pointing below, in which the player directs to inflict an area of effect attack. Once selected, Doomfist comes smashing down from above, stunning all around him. He is intended as an initiator and flanker, and therefore has a passive ability called The Best Defense, which grants Doomfist a temporary shield when he deals damage with his abilities. This shield decays over time, so as with every Overwatch hero, every second counts.

Even before his release, Overwatch’s story is expanding. Director of the game, Jeff Kaplan revealed that the Talon organisation isn’t run by Reaper, but rather a council that controls him as a figurehead. Doomfist is one of these integral council members, who has the world view that human kind can only become better through conflict. Since it was Winston that put him behind bars for so long, Doomfist is sure to have no trouble in creating conflict no matter where he goes.

Unfortunately for many fans, it seems that Doomfist is not voiced by Terry Crews as previously teased, but in fact voiced by Sahr Ngaujah according to Gamespot. Crews had originally mocked up an audition for the role and was invited to the Blizzard HQ, prompting many fans to believe he was bringing Doomfist to life. There’s still a possibility that Overwatch will feature Terry Crews in another role somewhere down the line, with other speculated characters being Hammond, Bria and Ivon.

There is currently no word on the arrival of Doomfist on ordinary servers or consoles, but if previous releases are anything to go by then it shouldn’t be too long of a wait.

KitGuru Says: It’s been a long journey for fans awaiting the arrival of Doomfist, but is the payoff worth it? What do you think about Doomfist in action?

Previous Report claims EU may hit Google with an even bigger fine over Android
Next Einride debuts its self driving truck, the T-Pod prototype