EA promises to “be better” ahead of reviving Battlefront II microtransactions

After a much-needed timeout, EA is set to revive microtransactions in Star Wars: Battlefront II on April 18th. Although this is under a revised format, the publisher recognises that it has an image problem among its fans, dedicating itself to “be better” moving forward.

Patrick Söderlund has worked at EA for quite some time in a variety of executive positions, but last week he stepped up as the company’s chief design officer.  In an interview with The Verge, Söderlund delves into how the microtransactions controversy has affected EA and his own plans to rectify the company’s image.

“I’d be lying to you if I said that what’s happened with Battlefront and what’s happened with everything surrounding loot boxes and these things haven’t had an effect on EA as a company and an effect on us as management,” explains Söderlund. “We can shy away from it and pretend like it didn’t happen, or we can act responsibly and realize that we made some mistakes, and try to rectify those mistakes and learn from them.”

Moving on from the disaster, EA is dropping all gameplay affecting microtransactions in favour of cosmetic based ones, but not everyone seems too pleased with the changes. The game’s subreddit highlights transparency issues on whether or not continuing players will receive content beyond shallow microtransactions as well as berating EA for exaggerating the content it is adding within the update. 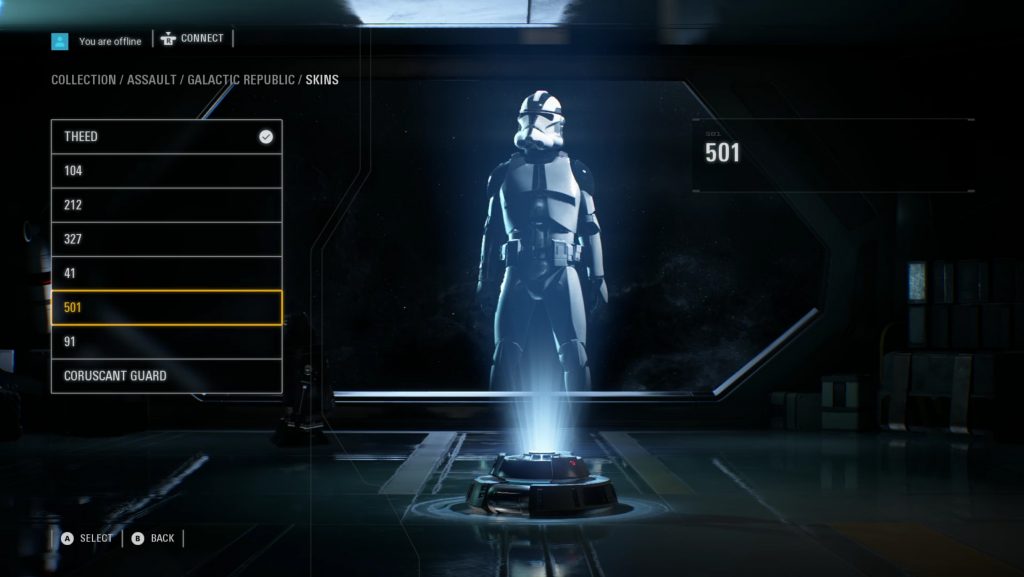 While EA reports that it will be releasing 40 new skins to accompany the new cosmetics system, many of these skins have been highlighted as repeated and reused due to the firm separating the count between Rebels and Resistance factions. This sees many skins doubling up, reducing the actual count to 23 new, unique additions.

Söderlund has emphasised that the company is listening and “can't afford to make similar mistakes,” but he’s entirely right when describing that “players see the company differently” than it views itself. This could make or break Star Wars: Battlefront II, which should have been a sure thing when it released instead of succumbing to commercial and critical failure.

At the very least, future titles have benefitted from this setback, with Söderlund describing that EA has “taken significant steps as a company to review and understand the mechanics around monetisation, loot boxes, and other things in our games before they go to market,” which will in turn affect Anthem and the upcoming Battlefield.

KitGuru Says: If Ubisoft can take steps to turn things around, it’s entirely possible that EA can too. Instead of scoffing at the idea, fans are better off encouraging EA to listen to its fans and better itself. After all, it’s the players that win in that scenario. Still, I do so without forgetting its actions. Will you be jumping back into Battlefront II?