Last week, Valve announced changes to the revenue split within the Steam Store, cutting its take as a game’s profit steadily increases. While this is sure to benefit triple A games, this leaves many indie titles in the dust, but there could be a saving grace on the horizon. Fortnite studio Epic Games has announced that it’s opening up its storefront to third-parties, taking less than half compared to its competitor.

Going forward, Valve will still take its standard 30% cut from games that make less than $10 million on Steam. Games that generate between $10 million and $50 million in revenue will only see 25% of that revenue taken by Valve. Meanwhile, games that generate more than $50 million will see an increased saving, with the Valve tax reduced to 20%. This change will affect all revenue earned from the 1st of October 2018 onwards. Epic’s new plan removes these milestone requirements, offering a generous 88% for all developers opting into its platform, with its 12% take undercutting Steam's lowest by 8%.

This is a natural progression for Epic Games, after the studio self-published Fortnite on its own platform to combat Steam and Google Play fees.  We don’t know what games will be available on the launcher, but Epic CEO Tim Sweeney tells The Verge to “stay tuned for game announcements Thursday at The Game Awards.”

Epic has stated that it plans to introduce ““quality games of all sizes and genres,” including mobile platforms and games made on the Unity Engine as well as its proprietary Unreal Engine. Despite this inclusive policy, the publisher is treading carefully not to fall into the same discoverability issues as Steam, where lack of curation results in quality titles being buried under endless streams of cash-grab games. 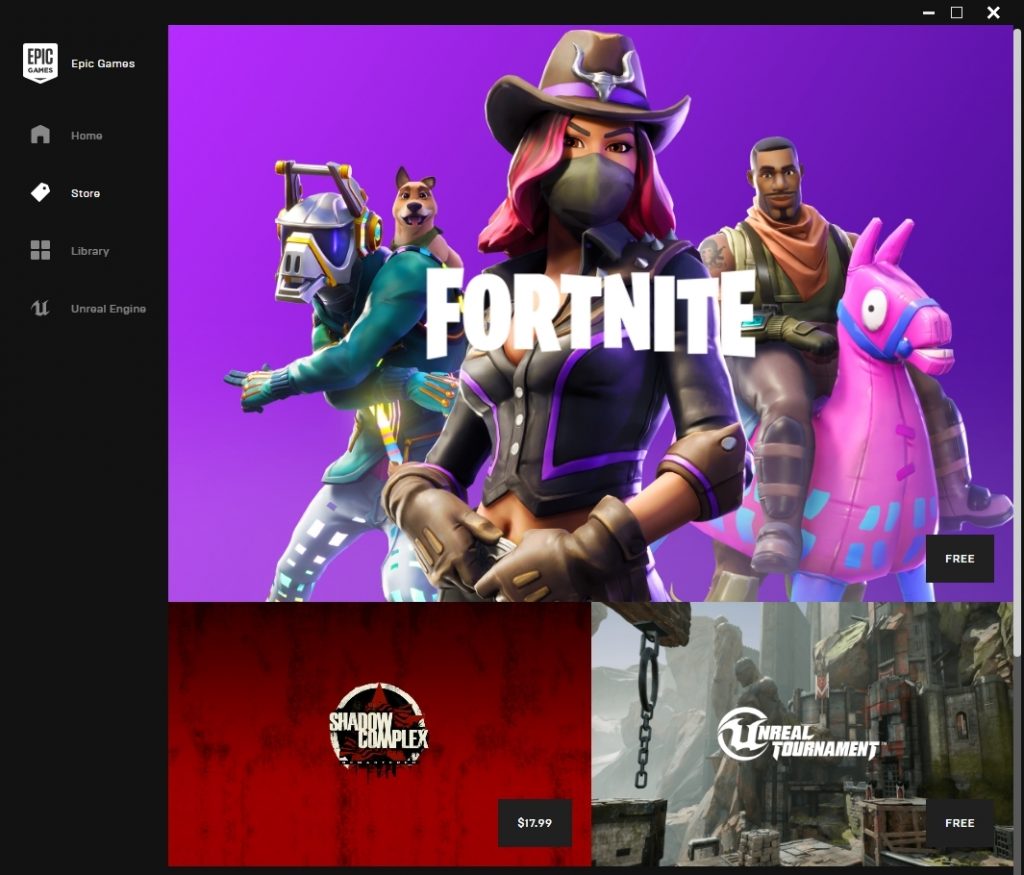 Sweeney also states that Epic plans to keep things simple, shedding the need for social components and store-wide digital rights management (DRM) while supporting developers with their online features. Even the refund system is a step above what we’re used to seeing on the digital plane, offering a 14-day return policy with no-questions-asked. Initially this will be through a customer service representative but will eventually evolve into an automated system.

One thing that Epic will be adding is the ability to Support-A-Creator. This feature allows Fortnite fans to support streamers like Tyler “Ninja” Blevins by opting in, giving the creator $5 for every 10,000 premium V-Bucks spent in-game. This extends to third-party free-to-play titles with microtransactions, with developers having the freedom to set their own percentages. For paid games, should the developer choose, content creators can grab a slice of the full sale price by plugging in the Epic Store rather than the Steam Store on platforms like Twitch. Epic will even cover the first 5 percent of creator revenue for the next 24 months as an incentive for developers to opt-in.

Steam currently remains the de facto storefront for many, generating billions of dollars per year. Even though its wound down its game development efforts, it is currently fighting battles on multiple fronts from social platform Discord to streaming platforms Twitch and Facebook. This in itself has created an opening for Epic’s launcher, which poses a real threat to the PC monopoly while maintaining a stance against exploitative fees.

KitGuru Says: Although many will undoubtedly grumble at the idea of running yet another application on their PC, this is a great opportunity to break Valve’s stronghold on the video game market. Besides, there are many third-party libraries that can be utilised to combat that problem. What do you think of Epic’s new announcement?