This year’s E3 marked a surprising convergence between the world of film and the video game industry, with one notable example coming from Beyond Good and Evil 2 partnering with the openly collaborative HitRecord to source artwork and music. Many are concerned at the platform’s use of seemingly exploitative spec work, prompting founder Joseph Gordon-Levitt to explain how its workers will be paid.

Originally launching in 2004 as a personal project between him and his brother, Joseph Gordon-Levitt re-launched HitRecord 2010 as a collaborative filmmaking process that allows creatives to record and remix over submissions made by other people for a diverse final product. The site currently holds over 80,000 members, comprised of writers, artists, animators, musicians and many more of various different talents.

During Ubisoft’s E3 panel this year, Beyond Good and Evil creator Michel Ancel announced that a lot of visuals, music and chants for the upcoming sequel will come from HitRecord and its Space Monkey Program. While the initial hope is that largely collaborative process will garner a better, community-driven end product, Gordon-Levitt has taken to a post on Medium in order to defend its open practice.

“Spec work is when professionals work for free in hopes of getting paid later,” he said. “In this digital age of crowd-sourcing, there’s been a wave of corner-cutting by way of spec work, and freelancers have often been left feeling exploited, explains Gordon-Levitt. “Honestly, this concern was sorta painful to hear. It’s not at all how I think of our community’s creative process. I do think that part of this disconnect is simple misinformation.”

So far, HitRecord members have been paid a total of $2.7 million since the 2010 re-launch, ranging from small pay checks to large instalments within the “tens of thousands” depending on their contribution to a final product.

“I understand the comparison [to spec work]. But I do think we’re substantially different… We don’t pit artists against each other in contests with one winner; everyone is allowed and encouraged to build off of one another. We don’t plagiarize unused submissions; anybody whose work is included or even influences the final product gets credit and compensation. We’re not a marketplace for freelance gigs; we’re a collaborative community.”

It hasn’t been made clear whether or not HitRecord’s partnership with Ubisoft garners a different agreement than the standard work produced on the site, Gordon-Levitt states that content uploaded to HitRecord grants the site “a non-exclusive license to monetize and therefor pay you for it. You’re always free to do whatever you want with it elsewhere.”

Payment requires the contributor to have made an impact on the final product, influencing its direction to some extent. Due to the fluid nature of the type of contribution, as well as the amount an individual decides to contribute, payment remains “untenable” in order to avoid opportunism against its $50,000 budget. “We have to draw a line somewhere, and it shouldn’t be arbitrary,” concludes Gordon-Levitt. 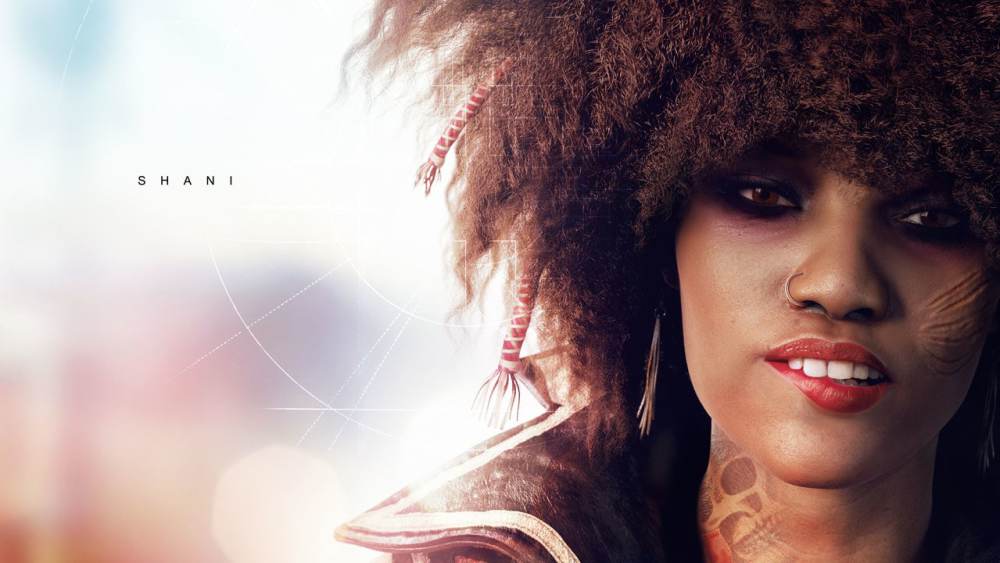 Night in the Woods co-creator Scott Benson, along with numerous rights advocate groups disagree, believing that the Space Monkey Program does not differ from ‘spec work’. “Lots of times it’s pitched as ‘BE A PART OF SOMETHING SPECIAL’ or ‘HAVE YOU EVER WANTED TO SEE YOUR ART ON THE SIDE OF A SUBMARINE’,” writes Benson. “It’s just … prove to us you’re worth it and maybe we’ll contract you.”

The way in which HitRecord distributes its finances among creators that have been chosen is through a “Profit Proposal,” in that the community is given a chance to dispute the offered payment if they feel that they, or other members, deserve more for the work they’ve put in. Although HitRecord will consider changes within a two-week period, the company retains the right to all final decisions.

Overall, it seems that the intentions of the developers behind Beyond Good and Evil 2 are well placed, in that they just want to create the most diverse, multi-cultural world they possibly can, but it is questionable how the team couldn’t simply contract people from around the world rather than relying on HitRecord. Still, HitRecord doesn’t solicit complete works from any individual and it does offer a good platform for amateurs to gain potentially paid experience.

KitGuru Says: Personally, I’ve been a HitRecord member since 2014 and believe that most participants know the morally ambiguous nature of spec work, yet choose to indulge in the uniquely collaborative experience anyway. Professionals know their worth and won’t settle for practices that are beneath them anyway, leaving willing participants that will relish at the chance to be featured in such a prolific title. What do you think about the partnership between HitRecord and Beyond Good and Evil 2?