Unlike the overwhelming wave of battle royale clones hitting the market, Mavericks: Proving Grounds intends to innovate, with its goal being as many as 1,000 players on the battlefield at once. Such a target needs to be built towards, however, with its upcoming beta limiting tests to just 200-400 players.

There’s much to marvel at with Mavericks, given that it intends to outdo established competition on the market. Rather than simply being yet another drop-in last-person-standing shooter, it has ambition. With an intended goal of 1,000 players, map sizes must be adequate and filled with a balanced number of weapons.

Beyond this, developer Automaton aims to incorporate destructible terrain to ensure each match has an added element of variety and unpredictability. Players must also choose their fights and paths wisely, as keen eyed opposition will be able to track them using empty shell casings, footprints and other disposable items such as magazine and health kits tossed aside on their journey. 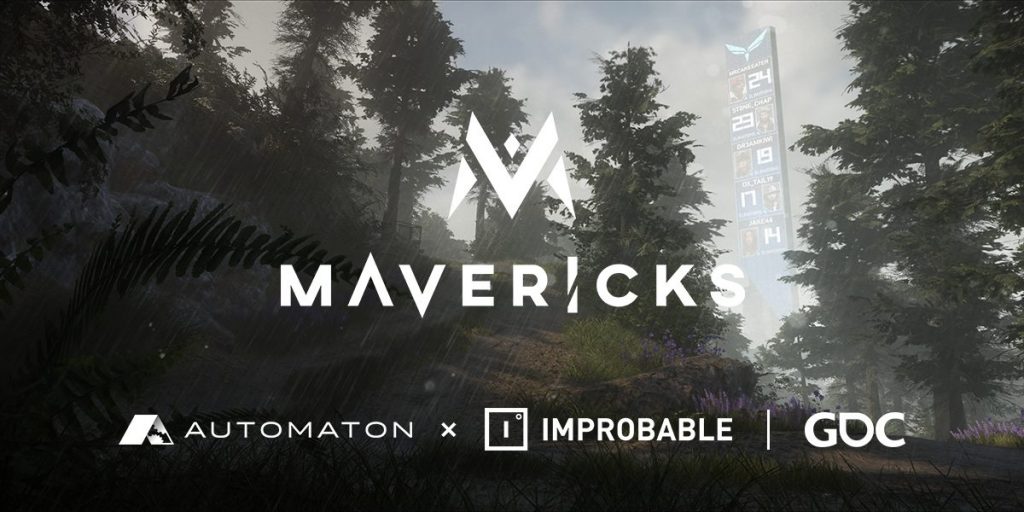 Wildlife plays a big part in stealth, with spooked animals giving away player locations if not properly approached. Fire acts in a somewhat realistic manner, spreading if other flammable objects or terrain is nearby, to which wildlife also responds to. To top all of that off, the incorporated day/night cycle will often force the player to adapt on-the-fly.

Mavericks also hopes to have a much more expansive cosmetics system, allowing users to customise their avatars, upgrade their weapons and trade their belongs in the shared-world hub called The Capital. This acts as a “persistent open world” that allows players to hop between personal banks, shops and auction houses, as well as interact with non-playable characters who will hand out quests.

This is only made possible by Improbable’s SpatialOS, a cloud-based platform that enables the creation of a persistent world inhabited by multiple players simultaneously. This isn’t to replace the game engine, but rather enhance the connection to the servers regarding tracking and render coordination.

The beta will kick off on August 18th, with the full 1,000 player tests expected to commence a little later in the year. Players won’t see The Capital hub added until next year.

KitGuru Says: At the very least, Mavericks seems to be offering something new to the scene rather than simply being a clone or an added game mode on top of other focuses like Call of Duty, Battlefield or Counter-Strike. Are you interested in Mavericks or does it simply look more of the same to you?