Ahead of its release early next year, Monster Hunter: World is set for yet another PlayStation 4-exclusive beta this Christmas. Despite the lack of a hands-on, users of other platforms aren’t completely without as director Yuya Tokuda also shares details of what to expect when the game lands in March. 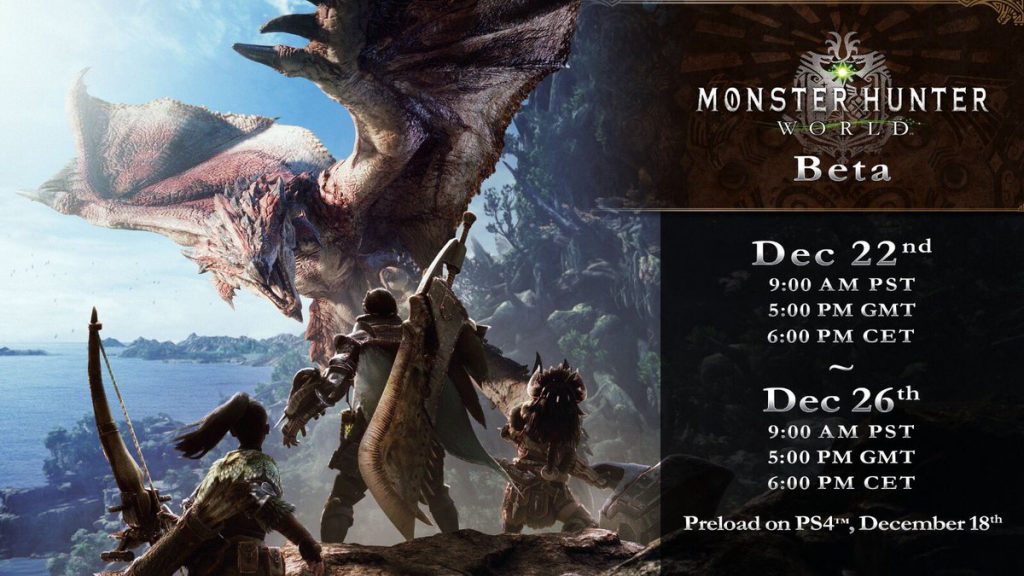 In an interview with Germany’s Mein-MMO.de (via Google Translate), Tokuda stated that players can expect approximately 40-50 hours’ worth of gameplay regarding the main narrative. Of course, this will depend on how each player tackles the game as there will also be various side quests and endgame content.

“I guess it will take about 40 to 50 hours, depending on the type of player, to complete the story,” states Tokuda. “But it would not be a monster hunter game if it had no content that you could enjoy in the back. Players can continue to forge and upgrade their favorite weapons and armor after the story is over.”

Tokuda also explains how the real world has influence the game’s design, with the team having visited inspiring locations.

“A group of designers visited different areas in Australia, including Tasmania. That has had a great influence,” Tokuda explains. “The background designers used the areas of Australia as inspiration for the plants in the Ancient Forest and the ant hills in the Wilderness Wastes. The designer, who was responsible for adding plants and rocks to the maps… [she] said that it was a huge difference to see how the vegetation grows and interacts with the environment rather than just looking at it in photos.”

This news comes after last week’s reveal that Monster Hunter: World will include extensive customisation over the feline companion that can help with everyday hunting and even cooking your meals. Although I question the hygiene of this, it does sound handy.

KitGuru Says: Considering this game will be coming to PC for the first time in the West and it won’t include loot boxes, my attention is officially captivated. Are you excited for the latest Monster Hunter game? Will you be jumping into the second beta?

Previous Fake $5 Cuphead made its way past Apple’s iTunes screening process, onto iOS
Next CS:GO might be getting its own Battle Royale mode according to game files