Sony has made headlines since the release of Fortnite: Battle Royale on the Nintendo Switch, thanks to its decision to block cross-compatibility with the PlayStation 4. Both Microsoft and Nintendo have seized the opportunity to take aim at the rival company, releasing a joint advertisement for Minecraft’s cross-play feature.

Minecraft has had cross-play features for quite some time, with Xbox One players given the ability to play alongside PC/Mac, iOS and Android users. In a new trailer celebrating the launch of the title on the Switch, Nintendo and Microsoft have come together to push cross-compatibility between platforms with the noticeable omission of Sony’s PS4.

It’s not-so-subtle “Survive Together” slogan, with Xbox clad in green to the left and Nintendo’s red to the right, the lack of blue piggybacks off the recent trend of #BlameSony. This hashtag was created on Twitter to highlight fan displeasure at how Fortnite users had been inexplicably locked to the one platform if their account had ever been used on a PlayStation 4. 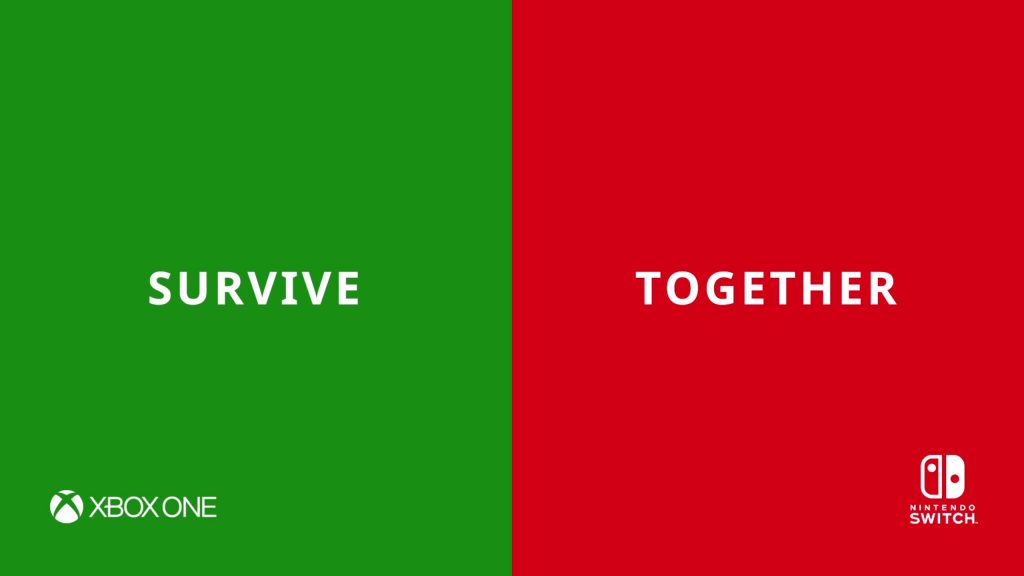 Sony had previously highlighted logistical problems and the safety of its user base as reasons of why it had locked its platform, however it was later revealed that the real motive lies, unsurprisingly, with money, according to ex-SOE boss John Smedley. The company is set to potentially lose an unpredictable amount of revenue if users buy cosmetics from rival platforms, as Sony would not get its 30 percent take from the purchase.

PS4 players aren’t exactly lacking in people to play with despite being locked to the one platform, as Sony’s current-generation console has sold incredibly well. The fact it stands above the rest has been highlighted as another reason Microsoft and Nintendo, two rivals in the console space, would team up in an unprecedented move. Others are inclined to follow the narrative that they are truly for the openness of player choice, which Xbox boss Phil Spencer has advocated for quite some time now.

Given the late stage that most of these consoles are in, with the Xbox One and PS4 approaching their fifth birthday, this seems to be motivated less by promoting the sale of consoles and more to do with showcasing company practices moving forward. Sony hasn’t said much on its stance towards multiplayer games, but if these actions are carried out across all future titles, it’ll surely make some question if PlayStation is the brand for them.

KitGuru Says: Console wars, like most new technologies, are so unpredictable that it’s difficult to know just how successful your choice will be. Cross-play ensures that you will never particularly regret your choice, making Sony the riskier platform to choose regarding the upcoming generation. Do you have faith that the tentatively titled PS5 will sell well enough to maintain a healthy player base?