Since its conception, Nintendo has relied heavily on its first-party line-up of games, continued with a stellar range of upcoming Switch titles. While Nintendo has increasingly dipped its toes in the world of post-game content in recent years, it looks like the firm is set to put greater emphasis on DLC that could even revisit previously concluded titles like Breath of the Wild.

President Shuntaro Furukawa revealed during the firm’s latest earnings meeting that Nintendo needs “continuous growth” moving forward. “We must keep releasing new software. That includes DLCs and other contents for big titles that are already out,” explained Furukawa via Bloomberg’s Yuji Nakamura. 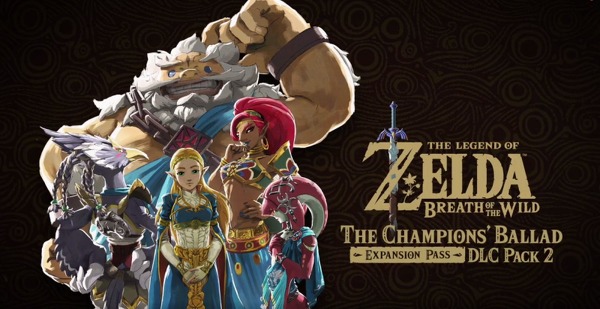 Although The Legend of Zelda: Breath of the Wild concluded its first season pass at the end of last year, many have been wondering about the future of the series. The possibility of a new entry appearing on the Switch is up in the air despite swirling rumours of pre-production, but this firmly blocks in the potential to see the current incarnation of Hyrule fleshed out even more.

Super Mario: Odyssey has been drip feeding content for quite some time in the form of added outfits, but this could provide the opportunity for more worlds to explore. The newfound focus will also benefit games-as-a-service-like titles such as Mario Kart 8 Deluxe, Splatoon 2 and the upcoming Super Smash Bros: Ultimate

Given their self-contained nature, Nintendo games aren’t often suited to microtransactions, leaving downloadable content as the logical solution to partake in current monetisation practices. This will also see the firm place “more focus on online play,” although there are no concrete plans to move on the forever-expanding esports market.

KitGuru Says: Sadly, this does mean that loot boxes will likely appear within Nintendo games at some point in the future, however it remains to be seen what the company’s take will be. If it added more costumes to Super Smash Bros: Ultimate, for example, I don’t think I would be too mortified. What do you think of Nintendo’s newfound focus?