Despite a full reveal set to coincide with the Paris Major Championship later this week, Rainbow Six Siege players can feast their eyes on Operation Grim Sky’s new defender, Clash thanks to a leak. Coinciding with the finals, Ubisoft will also be offering another free weekend, including everything seen in the full version of the game.

Clash’s new teaser trailer shows the British riot officer extending her transparent shield much like Montagne does on attack, covering her front while curving around her flank to prevent shots from the side or above. Two charges of electricity can be seen either side of Clash’s head before she zaps them forward, prompting thoughts of Twitch and Maestro, ending the teaser by saying “this is where you stop.”

There’s still much to speculate about Clash’s gadget, with many believing she will have to be stationary when fully extended in order to user her electricity. The glass panelling is also a point of conversation, prompting thoughts of Blackbeard and Tachanka’s breakable glass shielding rather than Mira’s entirely bulletproof window. Her weapon loadout is still unknown, but will be revealed alongside the American attacker and new Hereford Base rework over the weekend.

Starting from Thursday 16th August, Ubisoft will be offering Siege up in a free weekend, lasting until Monday 20th across all platforms. Pre-loading begins on PC starting on Tuesday 14th, despite getting access the latest of the trio at 6pm BST. Xbox One players will be able to hop in first at 8am, while PlayStation 4 players will have to wait until 2pm on the day. “All of the maps, modes, and Operators present in the full version,” and players that choose to purchase the title after the duration will see their progress carried over.

KitGuru Says: I am not too sure how I feel about the speculations surrounding Clash just yet, but I’m sure the attacker will change up the meta more if he proves to be the hard breacher rumours state. Still, Hereford Base will likely be the most exciting point for me. Will you be hopping onto Siege over the weekend? 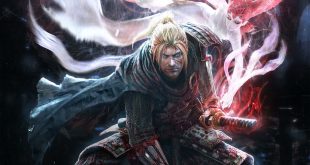 Over the last few years, Team Ninja has been hard at work on the Nioh …