As is the case with all games that boast millions of players, League of Legends is known for its toxic community. While we are used to seeing offensive behaviour from other players, a rare and isolated incident came from developer Riot itself, with one person lashing out at a popular League streamer.

The developer in question is Aaron Rutledge, known by his online handle of Riot Sanjuro, who issued a series of insults towards Tyler1, a popular and somewhat infamous streamer that made his name by trolling others in the game.

Tyler1’s behaviour has been so bad that it has resulted in him creating multiple accounts as Riot has permabanned “over 20 accounts” according to Rutledge. Since then, he does claim to have reformed and matured, but Rutledge expressed his long-held grudge on Discord.

The insults expressed range from insulting Tyler1’s appearance to referring to him as the equivalent of an in-game terrorist for the trouble he has caused, but perhaps the worst comment of them all came in the form of him stating “Honestly… it's fine he'll die from a coke overdose or testicular cancer from all the steroids… then we'll be gucci.” 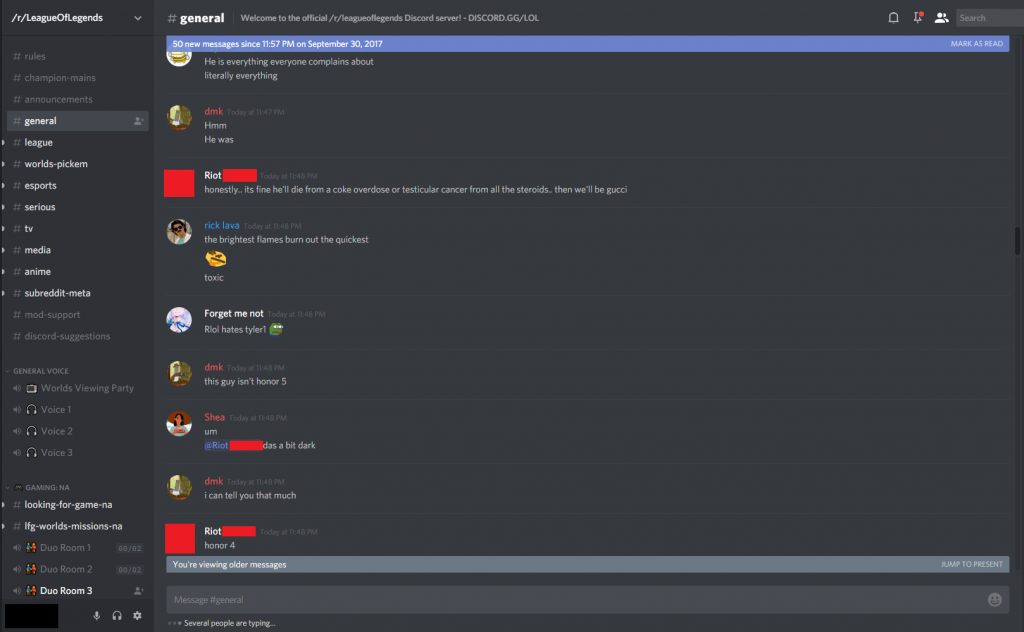 The screenshotted Discord image made its way to the League of Legends subreddit in which the post blew up, resulting in Rutledge deleting his own Reddit account and announcing an apology.

“Reddit, League Players, Tyler – I displayed a gross error in judgement last night and whole-heartedly apologise for my comments. They were out of line, and not what any of you deserve to hear, especially from a Rioter. I'll be taking time away from Reddit, discord and in-game chat to reflect on how I communicate with players. Sorry again for the insults and the language.”

Another official Rioter by the handle of Riot Cactopus issued a further statement in that action would be taken against such behaviour. “To be very clear here: what was said is NOT okay, and we take it extremely seriously. I'd like to apologise on behalf of Riot to both Tyler1 and the community for this. We will be taking action internally to address this (although it would not be appropriate to go into specifics here).”

With that being said I have no hard feelings towards the guy. Shit happens.

In a demonstration that such behaviour will not be tolerated in any official capacity, it looks to have resulted in Rutledge and Riot parting ways, as revealed by his LinkedIn page. Fortunately, Tyler1 hasn’t taken anything too personally, stating in a series of tweets that he has definitely change. He followed this up with a video update, clarifying that none of the things mentioned by Rutledge were true.

“I do not do steroids. I have never taken any kind of drugs like that. I don't do cocaine,” said Tyler1. “I do not drink alcohol. I do not drink soda. I don't do any of that. None of it. Never have. Never will. I haven't drunk a soda since eighth grade. I do not have cancer in my nutsack as well. And I never will, hopefully.”

KitGuru Says: I can understand Rutledge’s frustration against bad behaviour and while Tyler might have been one of the worst for a portion of time, singling him out and publicly denouncing him in such a humiliating way wasn’t professional nor acceptable. There are always better ways of handling toxicity, even if they are more difficult overall.