Winner of Best Action Game at The Game Awards as well as nominated for three others, Wolfenstein II has had a rather successful year since its October 27th release. Now, the game will be making its way to the Nintendo Switch, ported by the same team that handled Doom on the portable platform.

The news was revealed by Machine Games’ narrative designer, Tommy Tordsson Bjork and senior game designer Andreas Öjerfors in an interview with GameReactor, along with a release window of early 2018.

“It's the same as the Doom studio,” says Bjork, explaining that it’s being handled by studio Panic Button. “They're experts at the Switch an now they're experts with the [id Tech 6] engine so we work with them, and the Doom version turned out to be really kick-ass on the Switch so I think Wolfenstein will be the same,” adds Öjerfors. 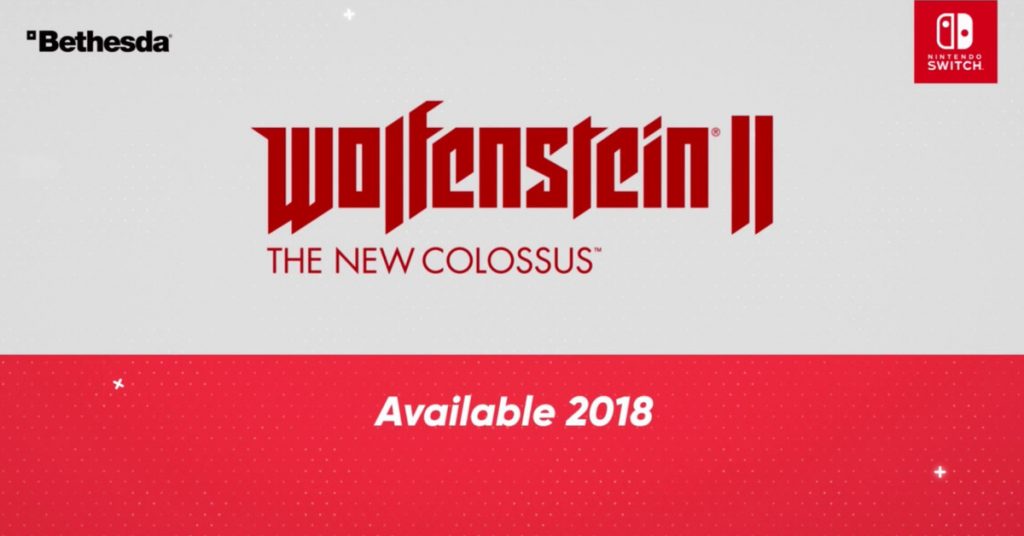 While Doom on the Nintendo Switch did suffer a drop to 30 frames per second from its usual 60+, it is known for not compromising level design or the integrity of the main game in order to get it working on the portable console.

For the time being, it doesn’t look like we are getting a Wolfenstein II VFR as we did with Doom, “but at some time we would love to do some VR experiments,” says the Machine Games team.

KitGuru Says: It looks like the future is bright for the series, and Wolfenstein II is something I will be picking up in the very near future. Do you think you’ll be grabbing the title on the Nintendo Switch?