Asus is doing a massive update to its GPU Tweak app with the launch of the open beta of GPU Tweak III. Similar to MSI Afterbuner and EVGA PrecisionX, GPU Tweak III software allows users to monitor, tweak, and overclock their GPUs.

To the users coming from GPU Tweak II, the first major change to jump out will most likely be the interface redesign. Users will be able to choose from 3 different presets – Default Mode, OC Mode, and Silent Mode – but they will be also allowed to change the GPU settings themselves, including the power target, GPU voltage, GPU boost clock, memory clock, fans speed, GPU temperature target, and frame rate target. Similar to Afterburner, it now features OC scanner to automatically overclock the GPU beyond the OC Mode.

Built-on the users' feedback, GPU Tweak III also features an integrated GPU-Z with a ROG theme, an OSD with multiple performance metrics displayed using Asus ROG font, and automatic profiles based on the games and applications running on the PC where it's installed. 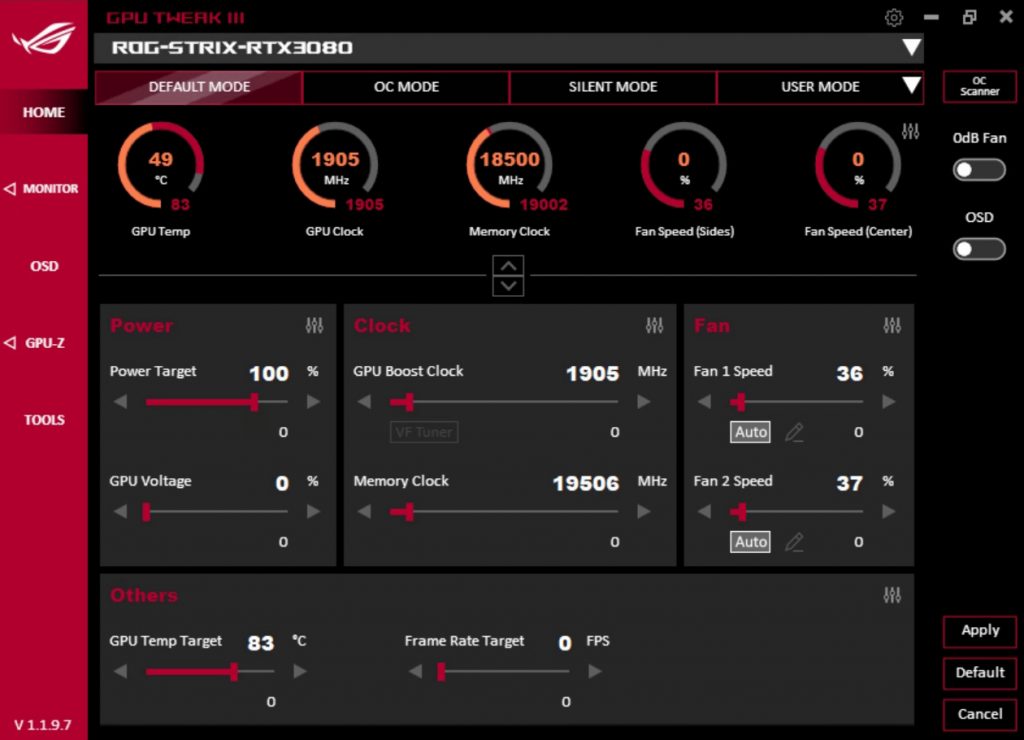 The extensive list of patch notes for GPU Tweak III version 1.2.1.1 can be found below:

You can download and learn more about Asus GPU Tweak III HERE.

KitGuru says: Have you ever used a previous iteration of Asus GPU Tweak? What do you think of the changes made for GPU Tweak III?