Crytek has just released Neon Noir, a new hardware/API agnostic ray tracing benchmark. The benchmark was first shown back in March, in a video at GDC 2019, but it now freely available for users to try for themselves.

Neon Noir was developed on a “bespoke version of CRYENGINE 5.5”, while the ray tracing feature is based on the engine's Total Illumination. The benchmark is hardware/API agnostic, meaning that it's possible to run it on any modern mainstream AMD or NVIDIA GPU.

After running the benchmark, a score will be displayed with the result based on hardware performance and the chosen settings. The configurable settings are: resolution, RayTracing, Fullscreen, and Loop.

For the RayTracing setting, there are two options: Very High and Ultra. With both, it's possible to show “how the new technology can be adapted for different levels of performance by the developer or user”. With the Very High preset, there's an engine setting called ‘LowSpecMode' that is set to 1, while on Ultra it's set to 0. When set to 1, the resolution of the reflections in the scene are reduced. For example, when RayTracing is set to Very High, a scene rendered at 1080p will have its reflections rendered at 763p. 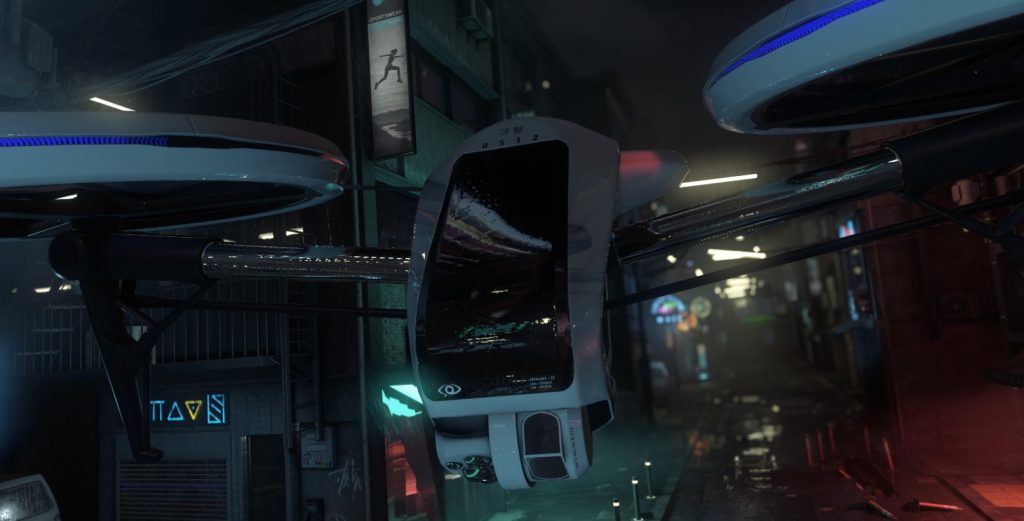 The system requirements to run Neon Noir are as follows:

Neon Noir can be downloaded HERE. To learn more about how Neon Noir was created, you can watch this video.

KitGuru says: Are you downloading Neon Noir? What score did you get?