Back in 2010, when Civilization V was launched, it was considered one of the best 4X strategy games ever released. Of the whole Civilization series, it still holds the top spot as the best selling game with 8M copies sold worldwide. Despite being ten years old now, it still maintains over 20000 Steam users playing it daily.

Based on the success among its respective community, the developer Yair Morgenstern has decided to remake the game with a new spin.

UnCiv uses an art style similar to an early 90s retro game, with its characteristic pixelated looks. Although it’s using an old-school style for the graphics, the mechanic and gameplay side of the project will be the same as Civilization V. 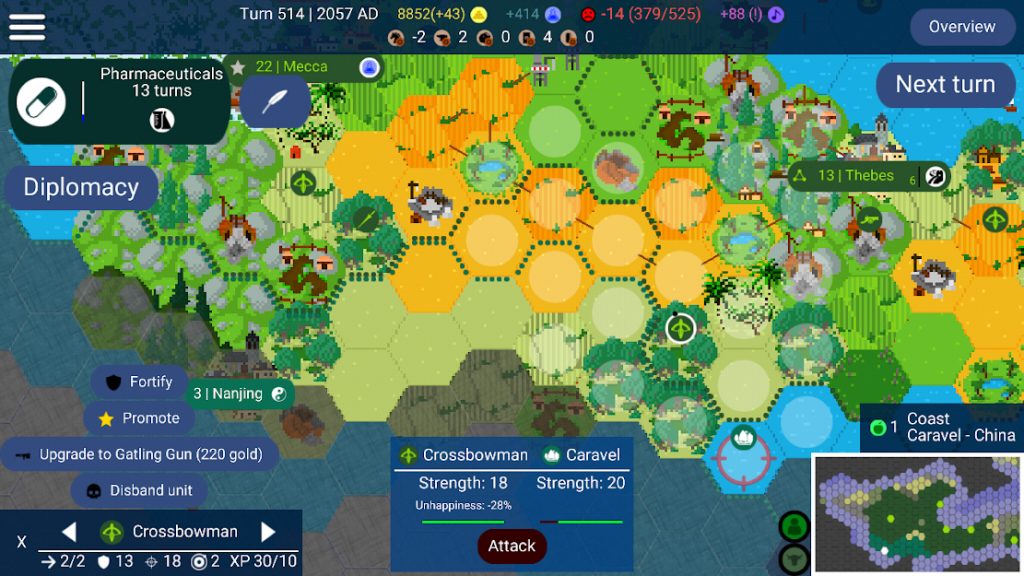 The game was initially released on Android, but it’s already available to download on PC (Linux and Windows) as well. The PC version still needs some adjustments to make it look better, but its development has only started a few months ago.

Updates and new features are planned for both versions, with Android receiving updates regularly through the Google Play Store and F-Droid. Some of those plans include improvements to the interface, automation, and AI, the addition of city-state quests, faith mechanics, and new civilizations, as well as more religions, trading routes, etc. The developer also plans to introduce Civilization VI to UnCiv, but it might take a while.

The game’s project is on Github. You can download it for your Android device here and here, and Windows and Linux systems here.

KitGuru says: Are you a fan of the Civilization series? What do you think of this remake?