Oh Nintendo, will you just get the marketing for your current-gen system right? You have a decent console. It's got some good, unique games and it's cheaper than all of the others. It even does 1080p and 60 frames per second in some titles, so why aren't you making a bigger deal of any of that? No, instead, you're releasing these weird, sit-com like adverts for Amiibo, which takes one of your most enticing titles from later this year, and makes its usually even playing field look like a total grind fest.

You see Nintendo, for me, Smash Bros was always a game I could play with my girl, or a friend that isn't a big gamer and still have fun. I could take it easy if I wanted, or give them a handicap – or if I'm playing against my brother, give myself one. I imagine that will be exactly the same in the new Smash Bros when it hits shelves on 5th December and thanks to your earlier Direct video, I know there's going too be loads of cool features, like eight player battles.

I'm sure that was just a way for you to create an underdog story in this ridiculously long trailer, for a technology that anyone who's seen Disney Infinity or Skylanders, is well familiar with. You take the model, you put it on the thing and then you play with that character. 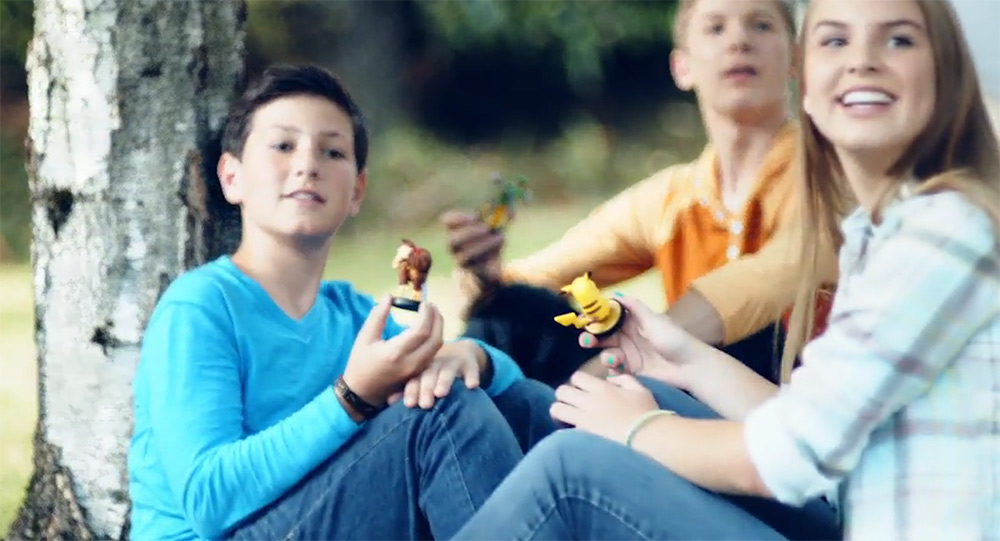 Us? Yea we bring these to the park to…. not use them. Yea…

I have to give you props for not making those Amiibos a mandatory purchase to use those characters, but your big instructional video on what the hell Amiibo is and does, has just left me with loads of questions instead.

What does levelling do? Is it impossible to beat a level 50 with a level 1? How exactly do all these children store these in their back pockets without crushing them? What more do I have to do, beyond beating my brother at Nintendo, to get the girl?

I ultimately figured out you wanted me to do some research on my own, so I visited your site Nintendo and beyond showing me that I was going to need to spend a whole £11 per figure, all I really learned was that Amiibos can “fight alongside” me and I can customise its stats.