I promise you I didn't wake up this morning looking to crush dreams, but if you find yourself blowing candles out on your 25th birthday and you haven't made it as a pro gamer yet, chances are you aren't going to, because your reaction times are already starting to decline.

This isn't speculation either, but actual results from real Starcraft II players, a game that features some of the fastest action of any competitive game. The study was put together by PlosOne and looked at the reaction times of players to stimulus in the game, using eye tracking and cross referencing it with their age and history of play. The results turned out to be very interesting.

While some player ages tended to dominate across skill bands, with just as many 20 year olds player in Bronze ranked games as they are in Master ranked ones, the cut off is very different. While you'll still find Bronze players in their 40s and even some Platinum players, there is almost no one in the Diamond and master ranks after 30 years old and you can see a significant drop off around 25. 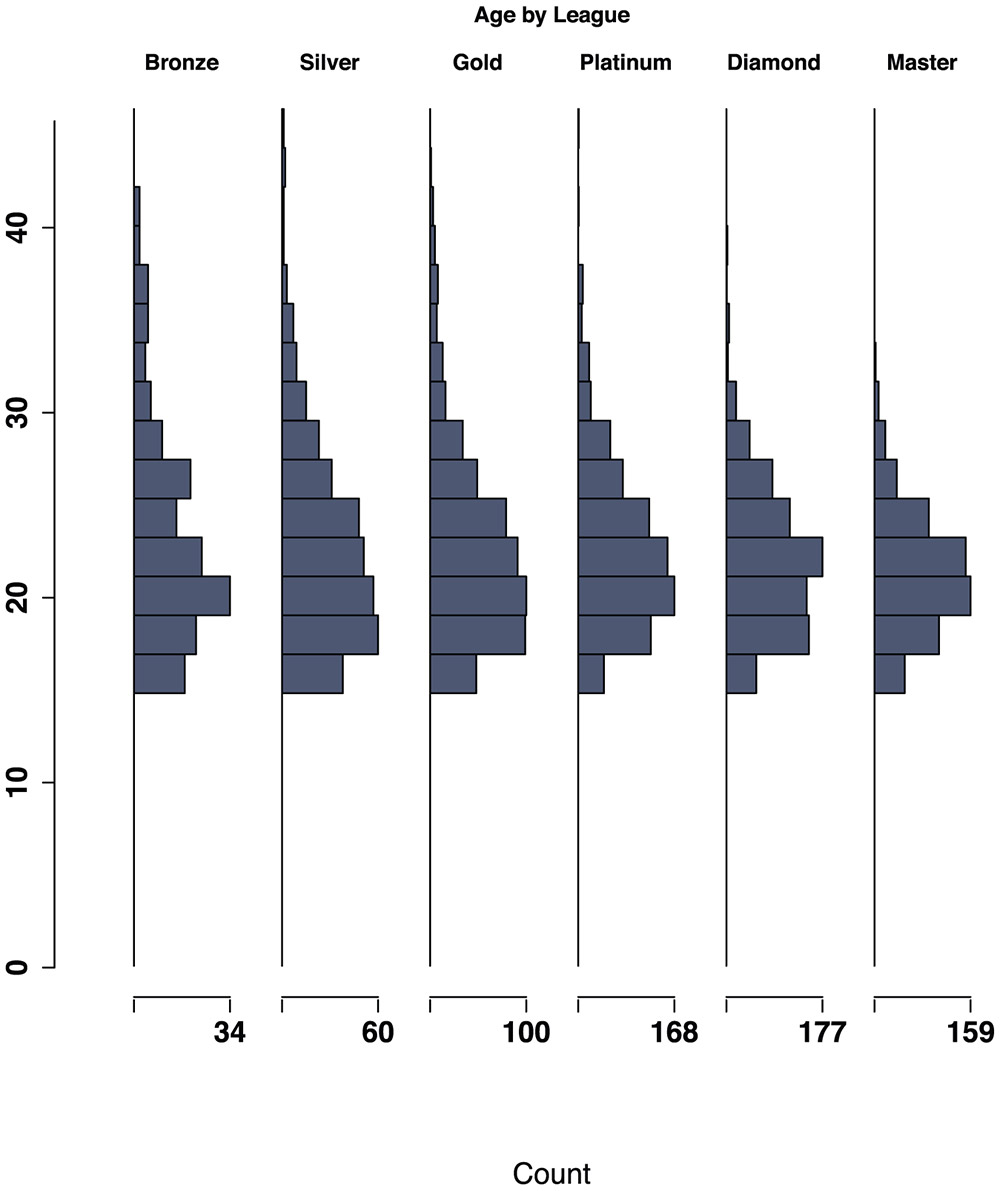 Research did take into account other factors though. As players age and their reactions worsen, there are other skills, like experience and hotkey usage that can help alleviate weaknesses in reaction time compared to younger players. So looking at reaction times specifically, the results are much more obvious. 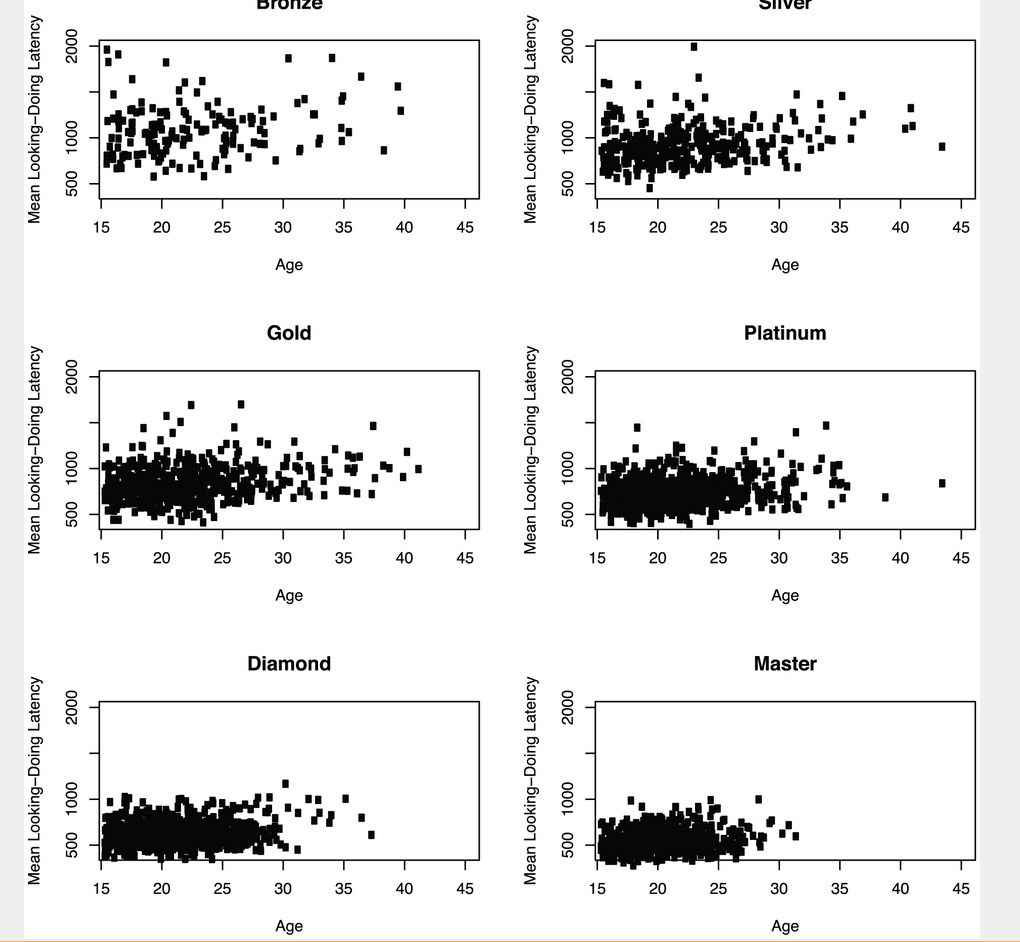 Here we can see that age is a big factor in your placement in the higher ranks of play and reaction time correlates almost uniformly with it. Impressively there are some players in the Master rank which buck the trend by managing to hold on to their sub 1000 looking-doing latency into their 30s, but there's no one over 35 in Master rank and almost no one above that 1000 mark in it or Diamond rank.

Don't be depressed though if you're in that over-the-hill category of gamers. I am too. In-fact there's only one member of Kitguru staff that isn't (which might explain why we always lose to you guys in community gaming events), but the research also suggested that while reaction times decrease for older gamers, their ability to strategically think improves over time. In a game like Starcraft II, where everything is in real time and therefore ridiculously fast paced, this doesn't help you much, but in slower games or turn based ones, you have a better chance of becoming a master.

KitGuru Says: This study is a pretty interesting one and though it might crush the odd dream, perhaps it'll save some “wasting” hours getting berated for being a noob in a MOBA when they could be owning at single player games like I do.

All graphs belong to PlosOne