Dealing with hackers and cheaters is an endless battle for those running online multiplayer games. FPS titles are often some of the worst hit due to their popularity, with wall-hacks and aimbots sometimes ruining gameplay for large numbers of players, but these hacks are present in other genres too. In Starcraft II for example, there’s a popular hack known as the ValiantChaos MapHack, but you need to pay for it. It’s this purchasing that’s gotten Blizzard riled up to the point that it’s now suing the hack’s creators, despite not actually knowing who they are.

The ValiantChaos MapHack has been around in one iteration or another, since 2010, meaning that considering it’s taking  $62 AUD (£32) per sale, the creators have no doubt made a pretty penny off of their work. Blizzard however, believes this hack is not only infringing on its IP, but also that the hack has done immeasurable damage to the game by making it less fun for legitimate, not hacking, paying customers.

This particular hack/mod allows for many commands that severely imbalance the game, such as showing invisible enemy units, show health bars of enemy units under the fog of war, an auto-start system that begins the game and instantly starts you down the right path with unit creation and you can even see where your opponent is clicking. 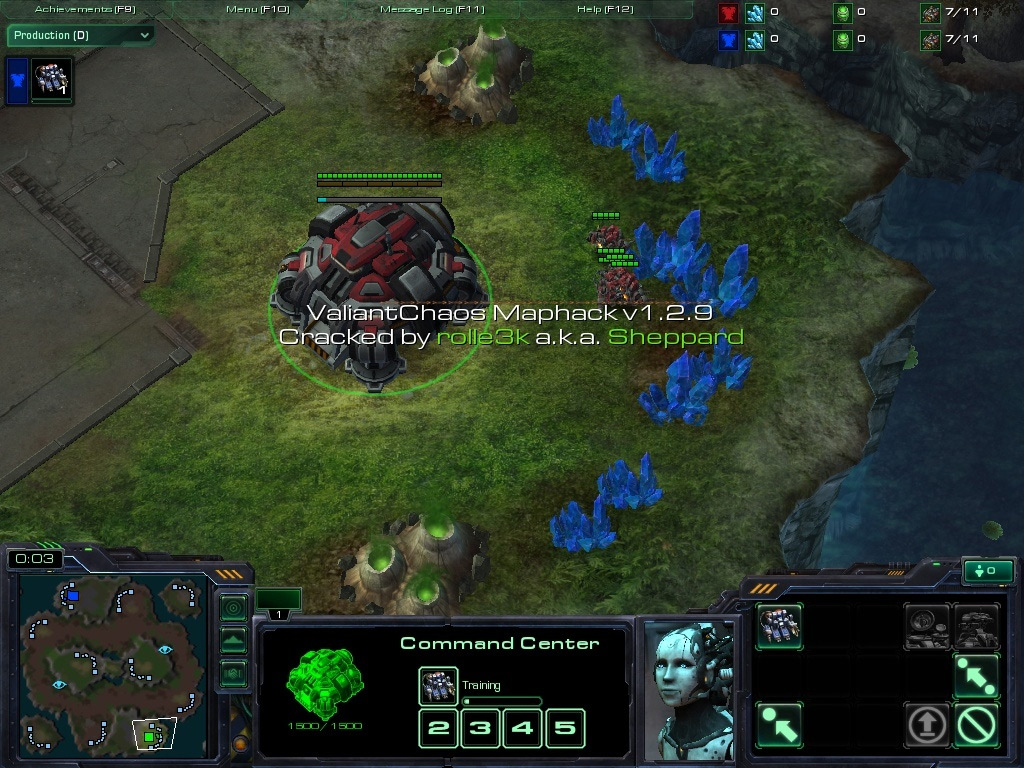 Ironically, the Valiant MapHack has also been cracked by others

“Defendants irreparably harm the ability of Blizzard’s legitimate customers to enjoy and participate in the competitive online experience of StarCraft II. That, in turn, causes users to grow dissatisfied with the game, lose interest in the game, and communicate that dissatisfaction,” Blizzard said in its complaint.

The result, the company said, was that fewer people continued to play the game and therefore less people paid for expansions or new content, reducing Blizzard’s revenue.

Blizzard is now demanding that the court force the defendants to stop distributing the hack, reimburse it for its losses but most importantly – for Blizzard – it be compensated for the copyright infringement, which would amount to millions of dollars if granted, according to TorrentFreak.

Of course, prosecutors will need to find out who’s behind the hack first.

KitGuru Says: I’m not quite sure how Blizzard feels its copyright was infringed in this instance, as its code was modified by the hack, not “stolen” and resold. There’s also certainly an argument for the multi-billion dollar publisher to use its own resources to better secure the game. That said, hackers can ruin a good game, so it’s still a little nice to see someone going after some of them.