Cyanide and its publisher, Focus Interactive, have had to drop a sad truth-bomb on fans of its upcoming Bloodbowl sequel, as once again the game has been delayed. The release was initially intended for “spring,” this year, but that was pushed to a vague June date and now that has again been officially delayed again by more than three months. September 22nd is when we can expect Bloodbowl 2 to finally be available, so to apologise, those that pre-ordered will receive one of two DLC races for free.

This is the first we’ve heard of any additional races beyond the original eight line up. They include Humans, Bretonnians, Orks, Dwarves, Dark Elves, Skaven, Chaos and High Elves, with the two additional teams being Wood Elves and Lizardmen. 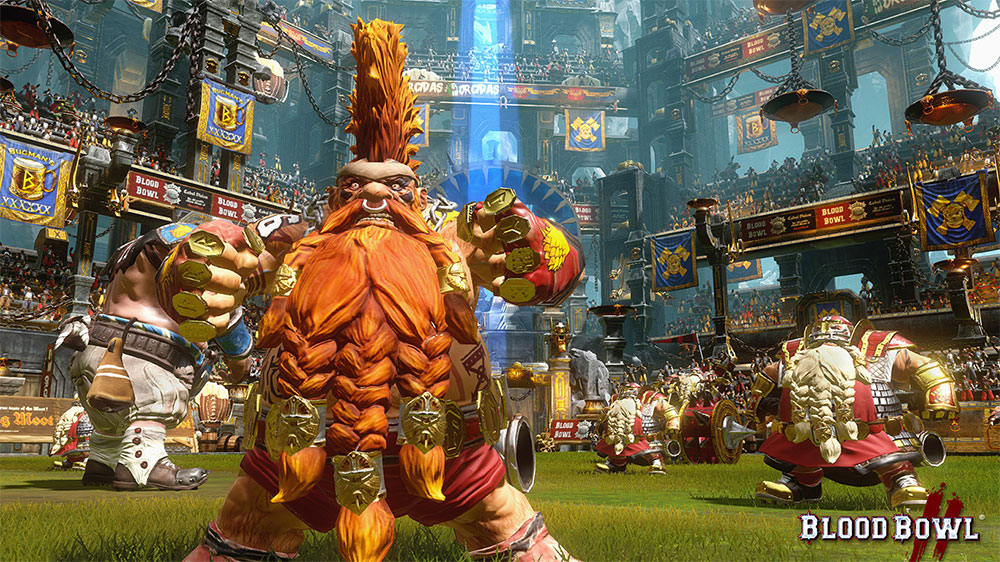 He’s as pissed as we are.

The reason for the delay is said to be so that players can “enjoy the most polished foundations for the next generation Blood Bowl experience,” according to the Cyanide PR (via PCG). It also announced that along with the free DLC race (which pricing for has yet to be detailed) those that pre-order will get to take part in the multiplayer beta, which will launch a few weeks before release.

To cement the release date and to continue to tease the final game experience, a new campaign trailer has been released along with this announcement, showing how the tutorial system works and how randomised single player events will change up the traditional Bloodbowl formula in a few novel ways.

KitGuru Says: This is quite a pain. I had it all worked out that we would finish the final season of our Bloodbowl league in time for the sequel’s release. We can probably fit in at least one more now, but that means that even more of my beloved Goblins will bite the dust.