The international Game Awards ceremony took place last night at the Microsoft Arena in Los Angeles California, so along with all of the gossip and tidbits of information flying around in its aftermath, we also have a few new game trailers. One of them is Ubisoft’s Fary Cry spin-off, Primal, which will see players taming wild beasts to help them stay alive.

That’s your role as the tribe’s ‘Beastmaster,’ you tame the wild. In a short trailer shown at the Awards show we get to see that sort of gameplay in action from an in-engine perspective, but there’s much more to it that we can see in some gameplay footage from the Yogscast crew.

In this video we see there’s actually a “Beasts Menu” which shows your current skills in relation to taming the different animals, as well as a menu of which creatures can be currently tamed and which are already running at your heel. They include wolves, hyenas, lions, badgers and bears. The king of the pile seems to be the sabretooth tiger though, which is ridable according to the trailer footage at the start of this extended clip.

The different beasts have different benefits and attritbutes too, with creatures like the bears offering tankier, heavier damage dealing attacks, while the wolves and smaller animals rely more on speed and pack attacks to be as effective. 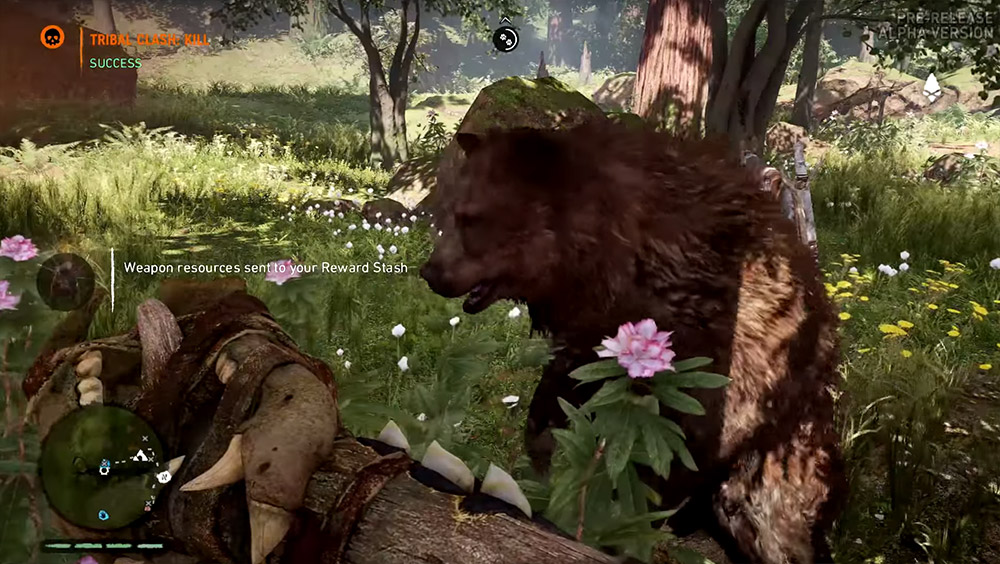 Bear friends look as wonderfully hairy as the environments are lush

The game’s interface and layout are pretty familiar for anyone that’s played a Far Cry game in the past few years. However something a little less familiar, is that there’s an element of survival thrown in that clearly draws from some of popular games from that genre. Hunting animals, gathering resources and building villages and facilities are all part of the experience.

Controlling your animal companion is also a major component however, but you can do it from the sky too, using your tamed owl to scout territory out, highlight points of interest or even attack various enemies.

KitGuru Says: Much like Blood Dragon, I’m more interested in this spin-off than the main Far Cry games.