S2 Games has announced that its MOBA title, Heroes of Newerth, has been hacked and the passwords of user’s accounts have been breached. To counter it the developer has reset everyone’s passwords and is recommending that any players change any login information elsewhere that shares details with HoN.

Showing a surprising amount of balls, or disregard for his own freedoms, the individual behind the hack took to Reddit for an AMA, where people asked him why he did it and if he had plans for further hacks. Unfortunately at the time of writing his responses have been deleted, as has his Twitter account which he used to verify his identity. Fortunately, PCGamesN has collected some of the best bits.

“I hacked HoN because there’s nothing as hilarious as seeing a bunch of fanboys of a game get enraged over the fact that their favourite game has been hacked.” He also announced plans to hack the game again on the 25th of December, saying that there were still plenty of vulnerabilities.

He also suggested that he may also hack League of Legends, the current most popular game in the world.

Apparently the hacker broke into the S2 database on Friday, but when S2 refused to acknowledge it he began taking over and selling the profiles of high profile game streamers. According to him however, he didn’t keep any of the profits.

KitGuru Says: If you do have a Heroes of Newerth account that shares a password with another service, it really would be a good idea to change all of them. 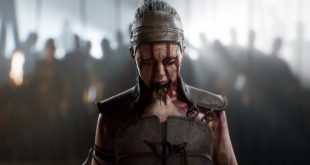