It’s rare that video game adaptations of famous movies are that good, but I feel like John Wick was similar enough to a shooter that it could translate rather well – especially in VR. Payday developer Starbreeze is currently working on a full length John Wick VR game, called Eye for an Eye and it showed it off for the first time at last weekend’s New York Comic Con.

To give it it’s full title, John Wick Chronicles: An Eye for an Eye, the game puts you in the shoes of the legendary assassin, taking on a number of enemies in roomscale locations, with plenty of cover and a wide variety of matt black weapons to fire. Although there are nods to previous Starbreeze developments, this one is very much in tune with the John Wick universe, so there’s that gritty neo-noir feel to its art style and setting.

While it’s hard to get a real feel of what a virtual reality game is like, comments from developers and the public who tried it, seem to suggest that it’s a fun experience. While the graphics don’t look anything too special when viewed in a 2D video, from past experience with VR shooters, we can imagine that it looks pretty fantastic when you’re in there.

Although potentially this could be made compatible with the Oculus Touch, for now the game is only listed as supporting the HTC Vive.

Set for release in February alongside the new movie, John Wick: Chapter 2, Starbreeze’s VR take on the universe can be pre-ordered now and if you do so, you get a free copy of Payday 2 and a John Wick weapon pack.

KitGuru Says: This looks pretty fun. While it may turn out to be a location based wave shooter, if it captures the feel of John Wick, I’m more than ready go gun down some dog killers and those that protect them. 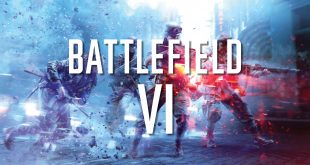