Dovetail Games, the developer behind the true DLC monster that is the Train Simulator series of games, had a special visitor yesterday: British Prime Minister David Cameron. While there, he praised the company's efforts in developing new business for the UK and used the trip as a platform to announce his new ‘Help to Grow' scheme, which will see small businesses given access to developmental funds to help make them medium sized businesses. The idea being that that will help them hire more people and become ever more profitable.

The scheme will see the government guarantee the loans, with some £100 million put aside to assist in the developmental growth. While Dovetail Games may not need that money itself, Cameron cited it as a prime example of a small business that had grown into something larger and he wants to help other firms become successful in the same manner. 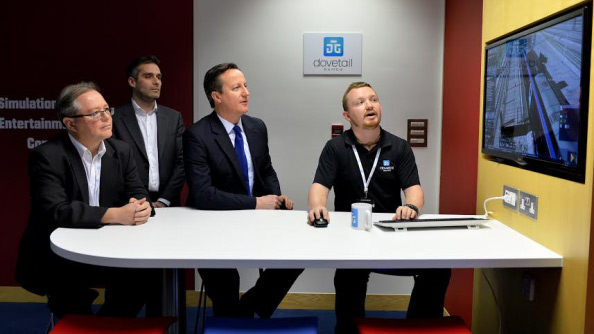 “Here is a business that six years ago employed eight people and now employs 98,” he said. “It is growing by about a third every year and wants to stay right here in Medway and continue its expansion and success.

“Businesses like Dovetail Games are a crucial part of our long term economic plan for the country, and it is thrilling to come and see the role they are playing in Britain's economic recovery.”

It's not clear what Mr Cameron thought of train simulator as a game, though the PM has in the past been known to enjoy a game of Candy Crush on train journeys – though not during House of Commons discussions as some MPs have been caught doing.

KitGuru Says: Cameron seems like the kind of guy that could have a room at No. 10 devoted to a model railway. I wonder if he pressed Dovetail to find out if his laptop meets the minimum specs.