Since League of Legends was debuted and people have been screaming at each other about how much their opponents suck, there’ve been the calls for one vs one matches. Often that was simply a “meet me here,” type of deal that was more akin to a fight after school than fantastical characters heading into the woods to do battle with tidal waves and animated fire bears. However Riot took note of this and at its 2013 All Star Game event showed off Magma Chamber, a 1 v s1 or 2 vs 2 map and it went down really well. So well, that Riot decided to further test the potential for this type of game mode – that testing is now complete.

While the Magma Chamber was the initial show-off of the potential for those head to head or small team battles, it was ultimately too small a map and wasn’t well enough optimised for release to the wider public, which is why the Snowdown mode that has been available over the past few weeks was only playable on the Howling Abyss, the same map used for ARAM games.

So it wasn’t quite the same as the original experience, but if it proved popular still, head to head games could have become a big feature of League of Legends gameplay, especially when it came to settling rivalries, since the options for victory were interesting: destroy a tower, score first blood or defeat 100 minions. 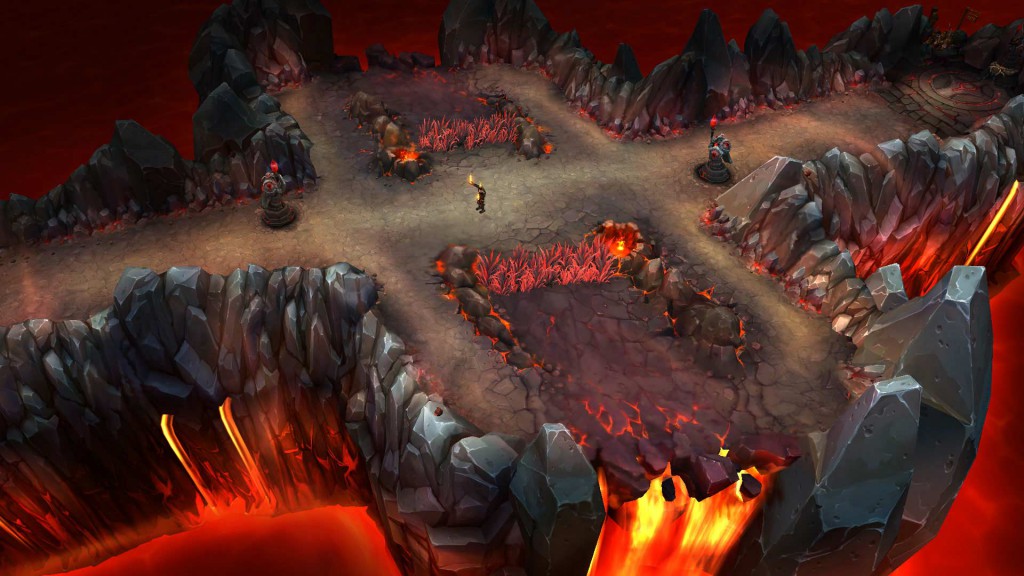 But was it successful enough to warrant further development annd perhaps a reintroduction of the good ol’ Magma Chamber?

“Tons of players tried Showdown out when it was first released,” said Riot in its update. “But, after only a week, players worldwide spent less than 1% of all in game time on Showdown. Generally, we heard good feedback about the 1v1/2v2 gameplay on Howling Abyss as compared to Magma Chamber. Players also had ideas about continued improvement of the 1v1/2v2 experience such as being able to do specific top, mid or bot lane matchups on [Summoner’s Rift].”

However, ultimately Riot decided that based on feedback and player data, the 1 vs 1 and 2 vs 2 gameplay modes weren’t popular enough to warrant further development, at least in its current iteration and that means the Magma Chamber will be walled off forever. Riot did say though, that, “That doesn’t mean that a lot of you (and us) didn’t have fun dueling it out on Howling Abyss and we really want to bring back 1v1/2v2 in the future.”

It went on to apologise for going back on previous stated plans to develop the mode, but instead promised to continue work on featured game modes (One for All was mentioned in the comments as being set for a comeback soon) and to remain player focused, despite that meaning it would occasionally go back on its word.

KitGuru Says: What did you guys think of the Snowdown gameplay? Even if you only spent one per cent of your time playing it, was it enjoyable? Do you want to see 1 vs 1 return?

Previous Over 15,000 people are going to Kim Dotcom’s birthday
Next Google might be looking to build robots for the home