Sony is working on its own zombie survival game

While Rust seemed to put the nail in the coffin of the undead for a while, by getting rid of them completely, it seems not every developer is so keen for them to shuffle off into the gaming sunset. Sony Online Entertainment is also bringing a zombie infested MMO to market called H1Z1.

Unlike games like Rust and DayZ, where it's a blend of survival and shooter experiences, H1Z1 is a full scale MMO with shooter elements, with an entire world to survive in and explore. Players need to scavenge for food and water, fight off wild animals, as well as the infected H1Z1 zombies and other human survivors in PVP.

At launch, players will be able to explore a large world inspired by Middle America, an “everyman town,” but as the game is updated and more aspects of North America are included, players will end up with an entire continent to explore, with huge, deserted (mostly) metropolises and wide open country too, with no load times and no instances separating them. 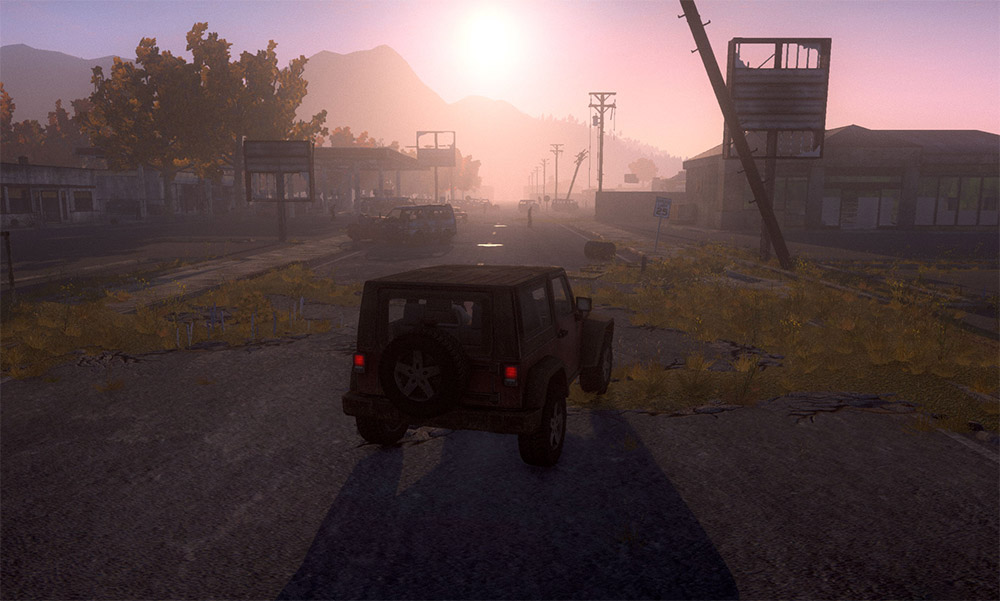 Like games like Seven Days to Die, Rust  and others, you'll be able to construct buildings and fortresses, craft weapons and tools, all the way up to molotov cocktails and explosives.

How is this any different to those other games mentioned though? According to Sony, it's because it's persistent and “can hold thousands of players on servers we host (yes there will be multiple servers with very different rule sets). Why is that a good thing? It means a thriving economy (oh yes… there’s trading).” Sony wants to build a world that developers as if the zombie apocalypse has really happened, instead of having servers that handle only small numbers of players.

It's hoping this will lead to players doing great and daring things, like forming player alliances to clean up the infected, or going to war over territory.

Sony also expects player created items to be in the game before long and developers will work closely with players to make sure that upcoming features are detailed and known about well in advance. They're going to listen to feedback too and push for features most requested by the community.

“To use a simple reference I’m sure everyone interested in this game will get… we want our players to make Woodbury from The Walking Dead if they want to. Or take over a prison. Or fix an old car so you and your friends (yeah we have multiplayer vehicles) can run zombies and players over mercilessly, and revel in the sheer delight of hearing a zombie scream as you light it on fire, or craft a gun to take down your friends and enemies alike.”

Zombies are also said to have their own, individual AI, so each one will react differently to its environment and won't have any pre-scripted interactions.

Currently the official site doesn't have much on it, but the subreddit is getting quite active.

KitGuru Says: I want to find out how they're planning to handle death in this, as an MMO doesn't lend itself well to permadeath.