Square Enix sees DRM as a way to maximise profit

DRM is a controversial topic in gaming. Our console cousins don't tend to be too bothered by it, since it's rare it ever causes problems on those closed systems, but on the PC, where supposedly the master-race does their gaming, DRM is abound. Some companies like Ubisoft have stopped the worst of it, but EA continues to push restrictive measure, but it isn't the only one. Final Fantasy publisher Square Enix is still firmly behind the idea and has spoken out about it to TorrentFreak, suggesting that it helps maximise profits.

“The primary benefit to us is the same as with any business: profit,” said Square Enix America's senior business manager, Adam Sullivan. “We have a well-known reputation for being very protective of our IPs, which does deter many would-be pirates. However, effectiveness is notoriously difficult to measure — in short, we rely on the data available to us through our sales team and various vendors, along with consumer feedback.”

Which sounds like his way of saying they don't know what effect DRM has. Of course you could look at sales numbers of games and say, “well they're selling so it obviously works,” and you can look at the numbers of downloads of a game and see that it's only in the thousands or tens of thousands, so the DRM must be stopping some of them. Or you could think about the reality of the situation, which is that the people pirating the game aren't affected by DRM, because it's been removed – having barely slowed down the crackers behind it – whereas the people that paid for the game have to jump through hoops because of it. 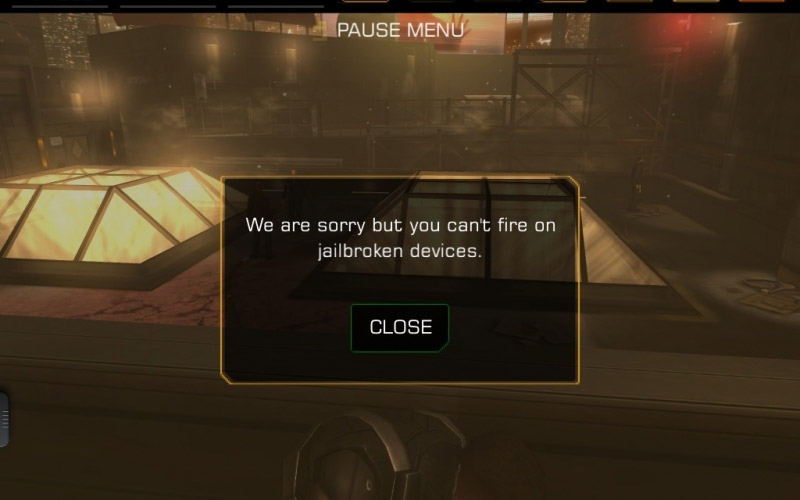 Square was responsible for this anti-legal-jailbreaking DRM in Deus-Ex: The Fall. Source: Reddit

You'd think Square would have reached this realisation itself, because Sullivan clearly has heard this reasoning before, even if he doesn't believe it: “The key to DRM is that it can’t interfere with the customer’s ability to play the game,” he said.

Despite this moment of clarity, Sullivan and Square have plans to continue using DRM in the future: “So long as we’re concerned about things like data privacy, accounting sharing and hacking, we’ll need some form of DRM,” he concluded.

KitGuru SAys: DRM doesn't really affect privacy, account sharing or hacking, so I don't really know what he's talking about, but it seems like Square is just one more publisher/developer with its head in the sand on this one.