If like me part of you has always been saddened that Lionhead’s B.C. never saw the light of day, then chances are you’ve also been keeping an eye on the Kickstarter success, The Stomping Land, which sees players taking on the role of a pre-historic tribesman, fighting dinosaurs, building a tribe and surviving in a world populated by reptiles the size of houses. Recently the developers added a list of what dinosaurs were in the game to the official site and one of them isn’t a land creature: it’s a Helicoprion.

That’s ol’ Saw-Mouth-Magillacutty up there.

While the Helicoprion’s skull is terrifying in its own right, just look at some of the artist interpretations of what one may have looked like in reality: 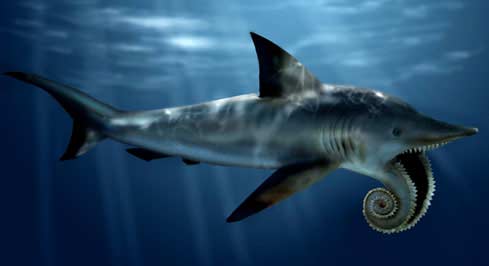 “Damn it Bob, did you let Cthulu mate with the sharks again?” 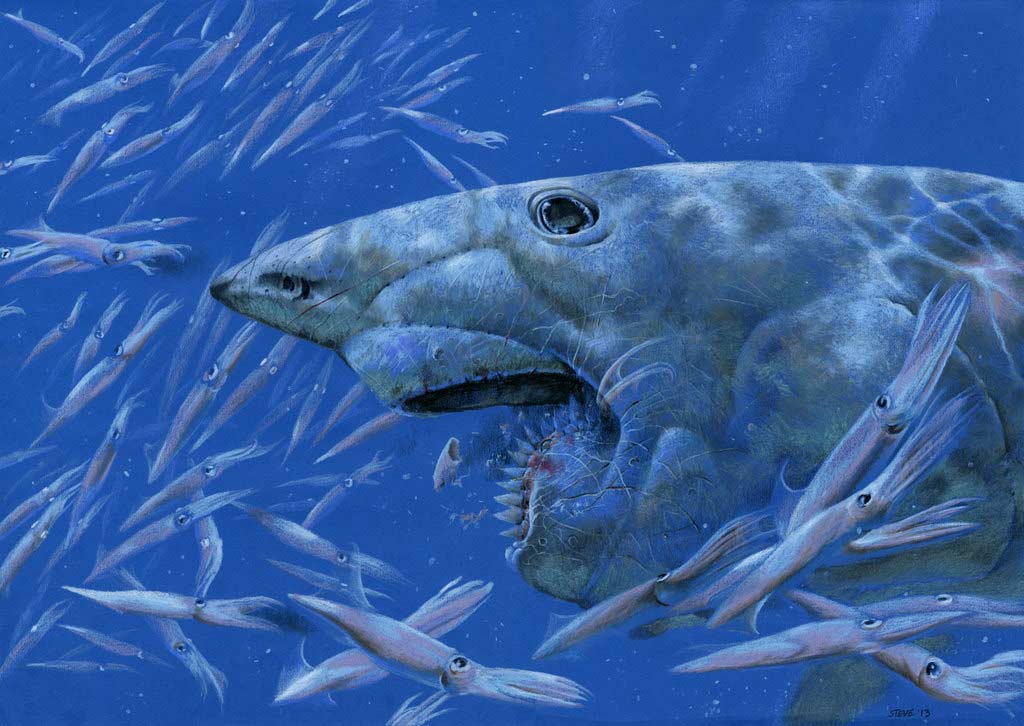 This more conservative example is no less terrifying

It may also have been as much as twice the size of a Great White shark, making it the second biggest pre-historic shark we’re scared of – after Dinoshark of course.

No word on whether you’ll be able to tame or ride the Helicorpion like you can other dinosaurs, but it would be pretty awesome, especially in the online multiplayer component. It’d be bad enough to get attacked by a tribe mounted on giant Allosaurs, but imagine a host of tribesmen emerging from the water on the backs of saw mouthed, evil.

KitGuru Says: I think I just gave myself the shivers.