Utorrent backs off of mandatory adverts

uTorrent maker BitTorrent Inc. was hit with a lot of flak last week for introducing mandatory adverts into its once upon a time, lightweight torrent sharing client, Utorrent. Over the weekend however, it dropped that idea and returned the service to optional advertisements.

The advert in question is a small banner MPU that sits in the bottom left of the client. Previously BitTorrent Inc. had allowed for its removal in the options and a secondary feature in the client’s advanced settings. However in a recent update it took out both of those tick boxes, leaving fans of the software annoyed.

While Bittorrent Inc. hasn’t commented on its latest of rollbacks, it did add the following note to its most recent version changelog: “Added back: Feature gui_plus_upsell in advanced settings”. As TorrentFreak points out, this re-adds the option to turn the advert box off in the advanced options menu, which is quite difficult to find – or at least it will likely be for a large number of the 150 million some users of the service. 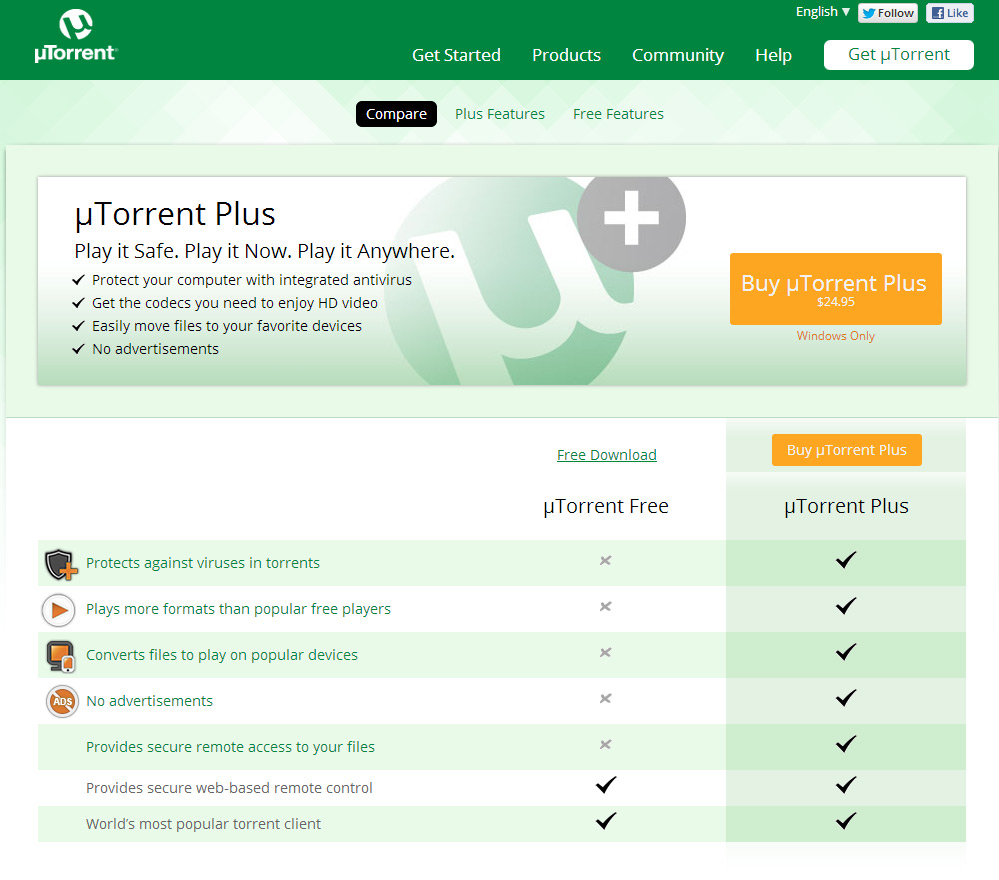 Many users of the service of course won’t have come across this most recent problem/fallout, as uTorrent was once a much more lightweight client (it’s still hardly bloated, but it’s certainly bigger than it once was) which has prompted many users to continue using much older versions.

BitTorrent Inc. was unlikely to draw those people in to downloading the new client with its actions over the past couple of weeks and may have even driven some away, but uTorrent remains the most popular torrent client by a long way.

KitGuru Says: We have a fair few downloaders reading KitGuru, what do you guys use for your torrenting?