Home / Tech News / Featured Announcement / A wishlist for The Witcher 4

A wishlist for The Witcher 4

The Witcher 3 is one of the best games ever made. Even now, over three years after release, the game is still selling well and outdoing most other releases in terms of quality, story telling and bang for buck. However, if a fourth Witcher game were to be made, there are a few things that I would like to see.

If you have yet to play The Witcher 3, or its expansions, then consider this your spoiler warning. There will also be some spoilers for the novels. 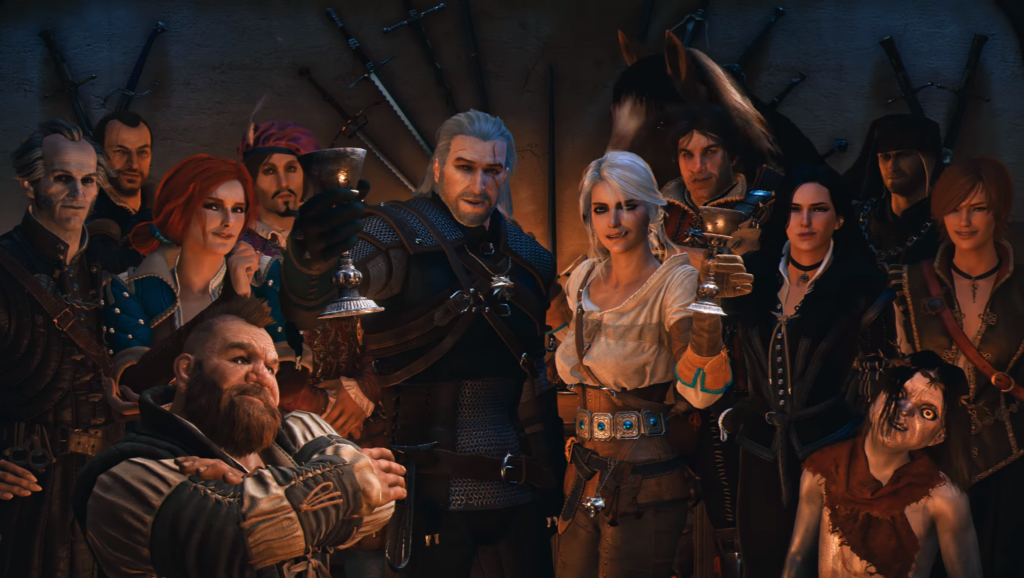 The Witcher trilogy acts as a sequel to the novels penned by Andrzej Sapkowski. The team at CD Projekt Red went about this in a very interesting way, by giving Geralt amnesia at the beginning of the first game. By the time The Witcher 3 rolls around, Geralt has his memories back, but much of his past is still unexplored.

If CD Projekt Red is keen on sticking to its ending for Geralt, then a prequel makes the most sense. By the end of The Witcher 3, the war between Nilfgaard and Temeria has been settled. If you played Blood & Wine, you'll know that Geralt has essentially retired as the proud owner of a Vineyard in Toussaint and Kaer Morhen has been left behind.

If we go back in time, there is room to explore other interesting aspects of the lore surrounding The Witcher universe. We can experience Geralt meeting Yennefer for the first time, we can get to know more about the Chapter of Sorcerers and the Lodge of Sorceresses. We can even explore how Geralt received the title ‘Geralt of Rivia' in the first place. There are other interesting points to hit on too, where did Ciri come from? Why is the Elder Blood such a big deal?

Most importantly, a prequel would give us a defining villain to follow.

A new Witcher game should have a central villain

Each of The Witcher games feature compelling villains, but as the series went on, there was a bit more mystery surrounding each one. In The Witcher 1 we dealt with Salamandra, a gang of thugs led by a mage that wanted the Witcher mutation potions. During The Witcher 2 we met Letho, an assassin of kings hailing from the Witcher school of Cat.

In The Witcher 3, we meet The Wild Hunt. As much as I love this game, to me, the hunt seems underdeveloped. All we really know is that they are dangerous, powerful, and want to capture Ciri. We don't see them causing much chaos throughout the game, and we don't really know what exactly they want to do with Ciri upon capturing her. This lack of development becomes even more apparent when you play the expansions, both of which feature defined, well explained and motivated villains.

If CD Projekt Red was to take on another Witcher game, the core villain should be handled better. If we go the prequel route, then we already have a perfect candidate in the form of Vilgefortz, a major antagonist in the novels who is only briefly mentioned in the games.

Vilgefortz is considered to be one of the most powerful mages in the Witcher universe and at one point, was the head of the Chapter of Sorcerers. He is obsessed with the power wielded by The Elder Blood and is willing to do some very twisted things to get it. Not only that, but he also plays a significant role in the feud between Nilfgaard and Temeria.

With Vilgefortz as the main antagonist of a prequel, we could learn more about Ciri, her homeland ‘Cintra' and the powers she possesses. The story could also go back and explain why Ciri disappeared, how The Wild Hunt came to know of her and how Geralt lost his memories in the first place, leading us back to the start of the saga.

There is an issue with going down this route. If you have read the novels, then you'll know that some key plot points are re-used in the games. CD Projekt Red would likely need to take some creative liberties with characters and certain events to avoid retreading old ground. However, I think the story would be compelling enough to make it worth the effort.

This would also give CD Projekt Red another chance to form another ‘Fellowship of the Ring' style troop of warriors, which brings us to the next entry on my wishlist.

This might end up being a bit divisive, but I think Geralt spends a little too much time adventuring on his own in the games. Throughout the books, some of Geralt's companions get much more time to shine during their many adventures. If a Witcher 4 was to happen, I'd be very interested in seeing a companion system put in place, allowing players to walk the path alone, or bring along a couple of characters relevant to the story at that point in time.

This would also open the door to get to know each character even better through repeated personal conversation opportunities. My favourite part of The Witcher 3 is the build-up to the Battle of Kaer Morhen and the battle itself. In the build-up we get a great look into Geralt's relationship with Yennefer, Lambert and Eskel. Then later on once Ciri has been found, we get to see even more excellent characters all in the same room for the first time working towards a common goal.

More opportunities to bring moments like that to the table would be a win in my book. It would flesh out the relationships between characters, and will give players a deeper appreciation for the world building.

As much as I would like to see a prequel to the original trilogy, I do think it is more likely that CD Projekt Red focusses on a sequel instead. Even if that's the case though, I think some of these plot points could be borrowed. Perhaps instead of facing Vilgefortz directly, we get a character with similar traits and motivations. Maybe instead of focussing Geralt and Yen acting as Ciri's guardians, we see them take a back seat and follow Ciri on her own journey to learn about her powers.

In either case, I would love to see more interaction between the different major characters, as well as a deeper dive into the series' lore. If Geralt is done with walking the path, then CD Projekt Red could take Ciri and introduce some other Witchers from different schools. No matter which direction the team goes, I am sure a Witcher 4 would be incredible.

Of course, another Witcher game isn't guaranteed, and right now, CD Projekt is focussing purely on Cyberpunk 2077. Maybe in five or six years time, we'll have a better idea of where the series will go next.

KitGuru Says: I've been reading the Witcher novels and replaying the third game (again) recently, so I've had a few ideas floating around. What would you like to see in a fourth Witcher game? I'm not so sure I want to leave Geralt behind, but there does seem to be a lot of support for Ciri becoming the new main character going forward.