One of the most anticipated Star Wars games a few years back was 1313, unfortunately once Disney took over the franchise and shut down the Lucas Arts game studios, Star Wars 1313 was cancelled. However, EA has since taken the reigns on games in the franchise, with Battlefront coming out this year and perhaps more exciting, Visceral Games has a secret Star Wars game in the works, with Uncharted writer, Amy Hennig, directing it.

Now according to Uncharted actor, Nolan North, who remains friends with Amy Hennig following her departure from Naughty Dog last year, Visceral Games’ new Star Wars project will bring back elements of the cancelled 1313 project and throw some Uncharted style in to the mix. 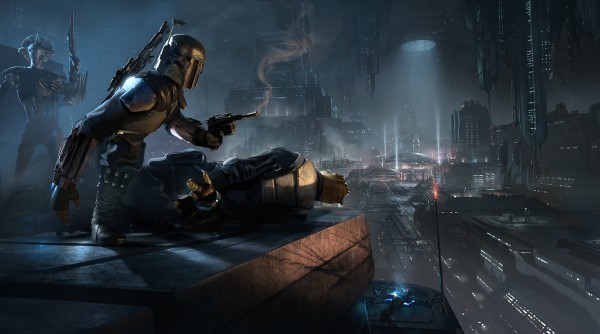 Speaking at Metrocon 2015 (Via NeoGAF), Nolan North said: “If you’re a big fan of Amy Hennig and her styles of story: the big thing about her is that she’s gone to EA and is going to reboot a brand new Star Wars franchise in the style of Uncharted. And I happen to know a lot about it, and it’s gonna be awesome.”

The game isn’t a revival of 1313 but it is “along the same lines”, the actor then went on to say that he actually did the original mocap tests for that particular game which is similar to pokies games such as this.

KitGuru Says: EA has yet to officially announce Visceral’s upcoming Star Wars game so right now all we have is speculation and rumours like this. As far as we know, Nolan North isn’t actually involved in Visceral’s Star Wars project, though he could be, after all, it is very under wraps at the moment.