Battlefield 1 is set in alternate WWI, releases in October

EA’s official Battlefield 5 announcement stream doesn’t kick off for another few hours but thanks to some promotional material leaks as well as a leak on the Xbox store, we already know quite a bit about the new shooter from DICE. For a start, it is apparently called Battlefield 1 (yes, you read that right), and as previous rumours suggested, it will be set during World War I, albeit an alternate history version.

As with most other Battlefield games, this one will be coming out in October, the 18th of October to be exact. Below you can see an image of the leaked promotional materials: 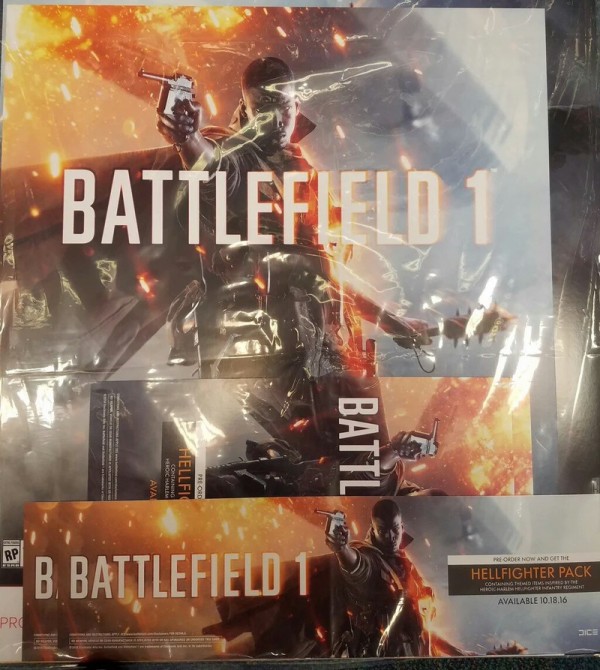 Those that pre-order the game will receive something called the ‘Hellfighter Pack’ which contains themed items inspired by the Harlem Hellfighter infantry regiment. Aside from that, we don’t have any gameplay yet or further information but more is set to be revealed at 9PM this evening over on EA’s Battlefield reveal stream.

KitGuru Says: The naming for this game seems a little lazy but aside from that, I’m digging the concept of an alternate history version of World War I in a video game.