Update: Seth managed to get his pre-order after all! Since he was the first person to attempt to pre-order Fallout 4 using a collection of a few thousand bottle caps, Bethesda is honouring his request for a copy of the game on the PC in November. Seth confirmed this himself in an update to Reddit and his Imgur profile. 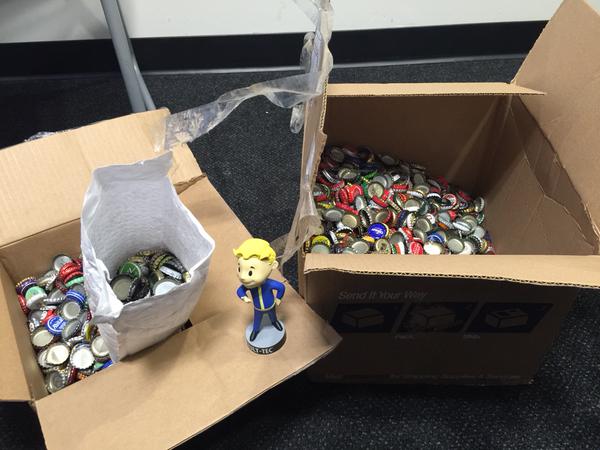 Bethesda’s Global Community Lead Manager, Matt Grandstaff, also confirmed the receipt of the bottle caps on his own Twitter page. Seth’s Imgur post then goes on to thank the community for sharing his campaign around and getting Bethesda’s attention, it all certainly worked out for him!

KitGuru Says: This all worked out pretty well for him! Bethesda likely won’t be accepting any more boxes of bottle caps as payment for Fallout for but congrats to this guy for attempting it and succeeding!

Original Story: A fan of the Fallout series is currently attempting to get Bethesda to accept his collection of bottle caps as payment for a pre-order of Fallout 4. Right now, Seth (or GatorMacheteJr on Imgur), has a box of over 2000 bottle caps waiting to be sent over to Bethesda in exchange for a copy of Fallout 4.

If you don’t happen to know anything about the Fallout series, bottle caps is the currency used in the wasteland following the nuclear war. Writing on his Imgur gallery, the fan said: “Fallout 3 was my favourite game for several years, so I made the rational choice to start saving up bottle caps. Turns out 4.5 years of undergrad and 3 years in a Master’s program leads to a lot of drinking. It ended up being 11.2 pounds of bottle caps. You don’t want to know how much it cost to ship it to Maryland.” 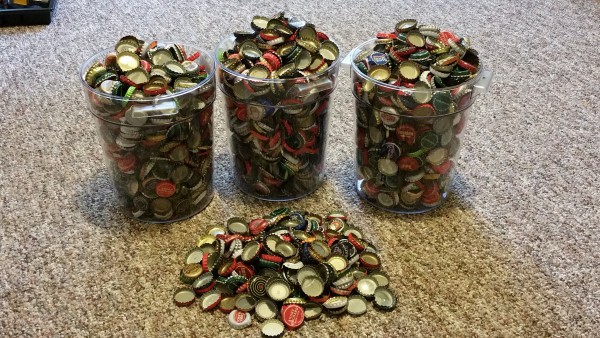 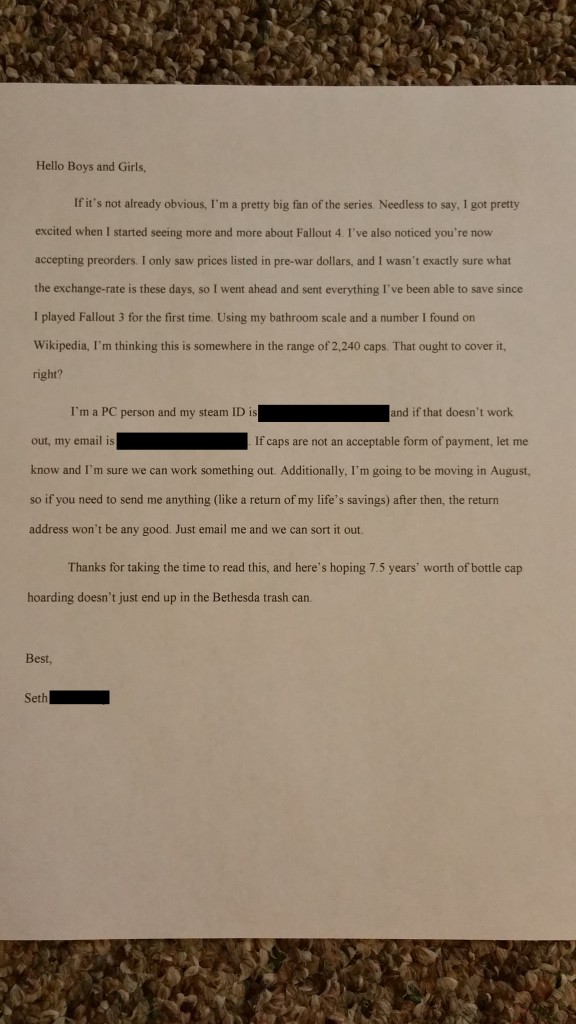 He also posted a note addressed to Bethesda, noting his interest in pre-ordering Fallout 4 but not knowing the price in bottle caps versus pre-war dollars. Apparently these bottle caps have been accumulated over several years so this has been planned out for some time.

Summing up his Imgur post, he wrote that he is hoping that his pre-order attempt will get popular enough to grab the attention of Bethesda’s PR team. You can find the whole thing, HERE.

KitGuru Says: Well this was bound to happen, after all, Fallout does have some pretty dedicated fans. I wouldn’t be surprised if Bethesda went ahead and sent him a copy of the game after this.