Bethesda has released its video going over Endurance in Fallout 4

S.P.E.C.I.A.L stands for Strength, Perception, Endurance, Charisma, Intelligence, Agility and Luck, all stats that make up your in-game character and effect things like abilities. The third video in the series was made available today, explaining the Endurance stat: 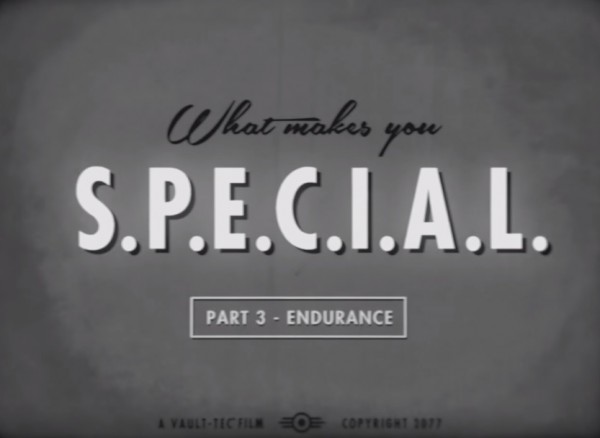 KitGuru Says: Bethesda is ramping up its marketing leading up to the launch of Fallout 4. Are you looking forward to it? Have you been keeping up with the S.P.E.C.I.A.L series?