Bethesda is releasing a Fallout Anthology

Bethesda has announced that it will be releasing a Fallout Anthology in September, featuring all of the previous Fallout games leading up to Fallout 4 in one mini-nuke shaped package for PC gamers. The announcement was made during the QuakeCon welcome ceremony today. 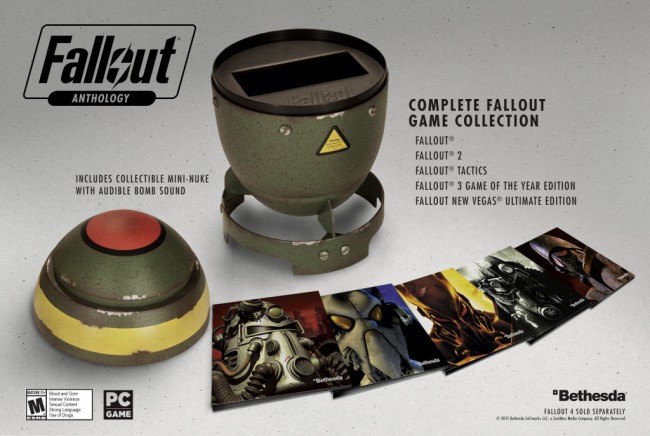 The bomb drops on the 29th of September in North America and on the 2nd of October in Europe. It is a PC only release but for now there is no exact price in the UK, those in the US will have to cough up $49.99 though. Either way, it would make a pretty good selection for any collectors out there or those who want to catch up on the older games in the series before Fallout 4 lands on the 10th of November.

KitGuru Says: The older Fallout games are pretty dated at this point so some may find them a little harder to get in to. However, if you want to catch up on all of the backstory, playing the older games is a pretty good idea.