Back when Bethesda announced Fallout 4 at E3 2015, the studio promised to bring mod support not just to PC, but to consoles as well. While Fallout 4 modding has been working well on Xbox One for months, Bethesda has apparently been butting heads with Sony on the subject for a while and now, mod support for PS4 has been canceled.

Mod support is also set to arrive with Skyrim: Special Edition in October. This will still happen for Xbox One but PS4 users will be left out, as Sony is apparently refusing to “approve user mods the way they should work”. 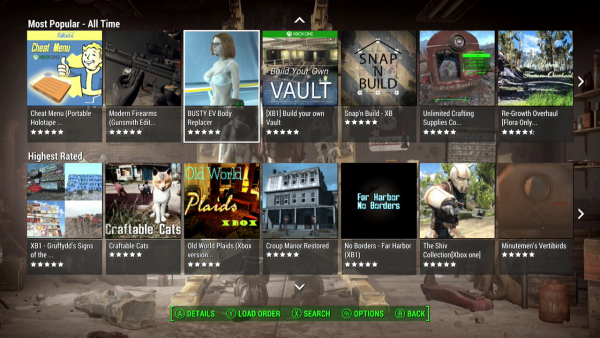 In an update on Bethesda's site, the company said: “After months of discussion with Sony, we regret to say that while we have long been ready to offer mod support on PlayStation 4, Sony has informed us they will not approve user mods the way they should work: where users can do anything they want for either Fallout 4 or Skyrim Special Edition. We are disappointed by Sony’s decision given the considerable time and effort we have put into this project, and the amount of time our fans have waited for mod support to arrive.”

Bethesda ended its update by saying that the studio still beleives in bringing mods to consoles and it hopes to find a way to eventually bring support to PS4 users. However, that can't happen until Sony allows for proper mod support.

KitGuru Says: PS4 owners have been waiting a long time to finally get mod support in Fallout 4. Unfortunately, it looks like Sony isn't willing to open up its platform enough to let Bethesda intergrate it properly. Things could change in the future but for now, it looks like mods are going to be limited to PC and Xbox One.