Blizzard kicks off Year of the Rooster Overwatch event

If you have been looking for a reason to jump back into Overwatch then this week might just be the time to do it as Blizzard has kicked off the ‘Year of the Rooster' event this week, running from the 24th of January up until the 13th of February. This event contains a brand new brawl as well as some new Lunar-themed loot boxes to celebrate the lunar new year.

Over the next three weeks, Overwatch players will have the chance to collect more than 100 new themed cosmetic items for this event, you will also see the Lijiang Tower map spruced up a bit with celebratory fireworks. 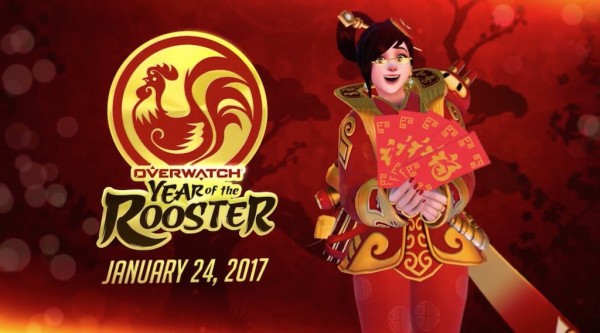 For the next few weeks, all in-game loot boxes have been replaced with Lunar loot boxes, containing new skins for certain characters, like Mei, Winston, D/Va and more. These loot boxes can be bought outright or earned through regular play similarly to past seasonal events. There are other items to get too, including new profile icons, sprays, victory poses, emotes, highlight intros and more. However, from the 13th of February onwards, it will no longer be possible to obtain these new items.

The new brawl for this event is called ‘Capture the Rooster', a six on six capture the flag mode. Teams will face off on the Lijiang Tower map to secure the enemy flag all while trying to stop the enemy from taking their own.

KitGuru Says: I've been having the urge to jump back into Overwatch recently, so I'll probably jump back in now and check out the brawl and new loot. Are any of you still playing Overwatch regularly? What do you think of the new brawl and skins?