Blizzard has plans to continue to expand on the Heroes of the Storm character roster, map selection and game modes in order to prevent the game from becoming “stale”, until the studio gets “sick of it”, according to the game’s director.

Heroes of the Storm game director, Dustin Browder, recently had an interview with PCGamer, in which he discussed plans for the game and its future: “We’re just going to keep adding heroes forever until we get sick of it and stop at this point,” Browder said. “There’s no secret number, and there’s no number that determines when we launch.” 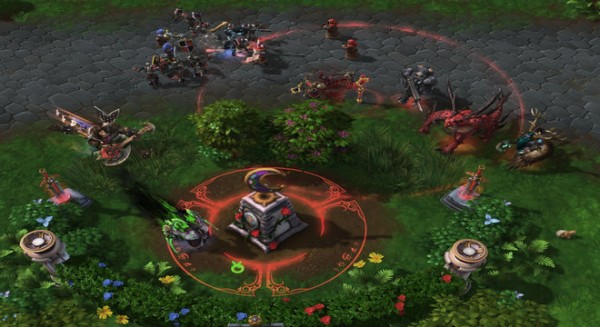 A similar strategy will be applied to the game’s list of maps:

The Director went on to say that Blizzard is hoping to continue expanding at its current pace in order to keep the game relevant and keep players coming back with new maps, characters and game modes to try out.

You can read the full interview, HERE.

KitGuru Says: Heroes of the Storm is currently in an invite only beta, although you can buy in with the founders pack, which gives you access to three heroes and three skins. However, it isn’t a particularly good deal for the price. Have any of you guys tried out Heroes of the Storm? What do you think of it?

Previous Seagate: We will refresh entire HDD and SSD lineup this year
Next Airline to offer in-flight VR entertainment